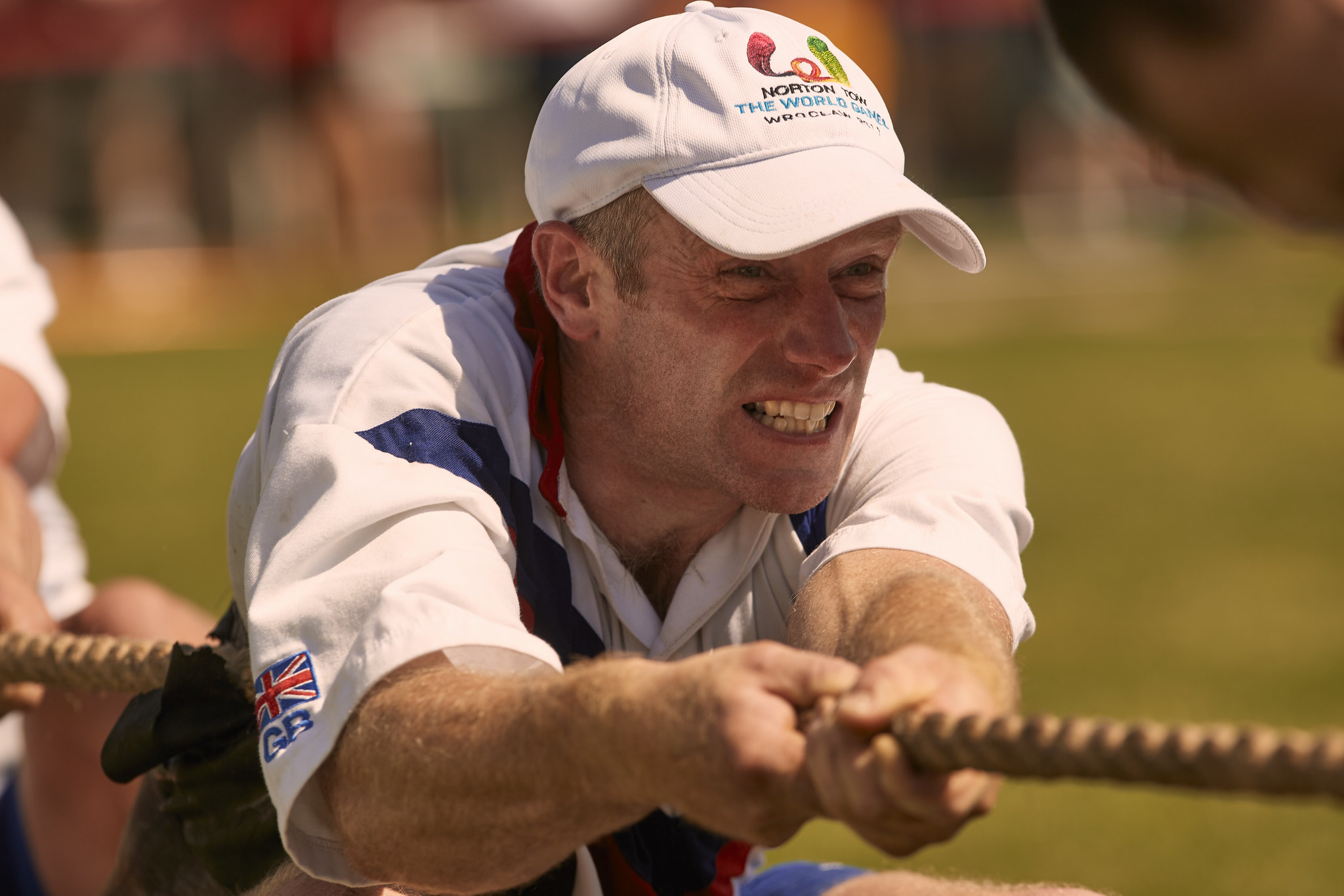 This week, the Tug of War Association marks 100 years since the last tug of war event was held at the 1920 Olympic Games in Antwerp, Belgium between 17 and 19 August 1920, after which the sport was removed from the programme along with a number of other teams sports such as rugby and cricket in an attempt to reduce the number of competitors taking part in the Olympics at that time. The last Olympic tug of war gold medal was won by Great Britain in 1920, adding to the tug of war gold medal that was won at the 1908 London Olympic Games. A gold medal from the 1920 Olympic tug of war event can be viewed in the City of London Police Museum in London as the Great Britain team that won that event was made up of City of London Policemen.

The video above shows footage from the 1912 Olympic Tug of War event held in Stockholm, Sweden. 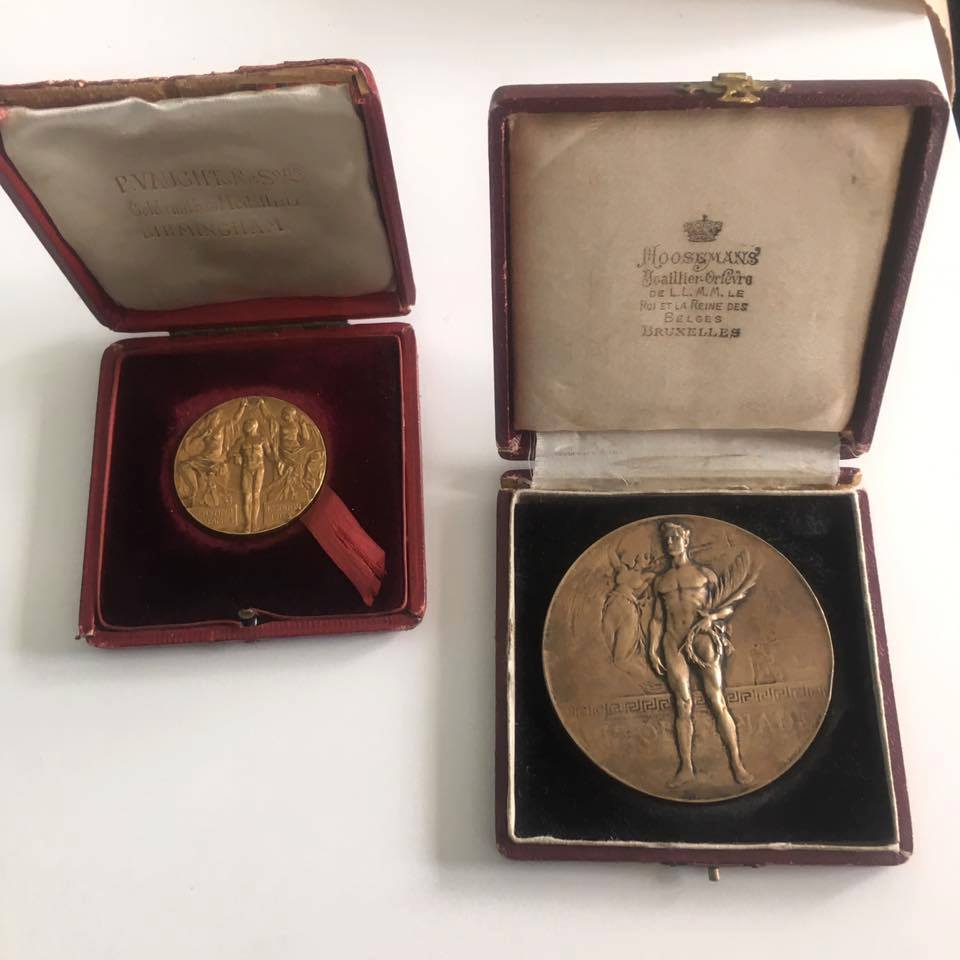 Whilst tug of war is no longer part of the Olympic programme, international tug of war was revived in the 1960’s with the formation of the Tug of War International Federation (TWIF), and there are hopes to bring the sport back to the Olympic Games in the future.

Photo: the Olympic gold medals won by Great Britain in the tug of war events in 1908 (London) and 1920 (Antwerp, Belgium).

TWIF now boasts over 73 member countries, and despite the tug of war event being a male sport in the early years of the Olympic Games, international competitions are now held in weight categories for men’s teams, ladies teams and mixed male and female teams, the latter weight category of which has gained in popularity in recent years and is now one of the categories which receives the largest number of team entries at national and international competition. England are the current world champions in the mixed weight class after winning gold at the world championships in South Africa in 2018.

As with most sports events this year, including the Olympics, international competitions have been moved back twelve months whilst the world comes to terms with the coronavirus pandemic, so this years world outdoor tug of war championships have been postponed until September 2021 and the World Games have been postponed to 2022.

Alan Knott, a spokesman for the English Tug of War Association, said the nation would surely welcome tug of war at the Olympics: Team GB are the reigning Olympic champions, having won gold in 1920 at the Antwerp Games, the last before the sport was dropped. 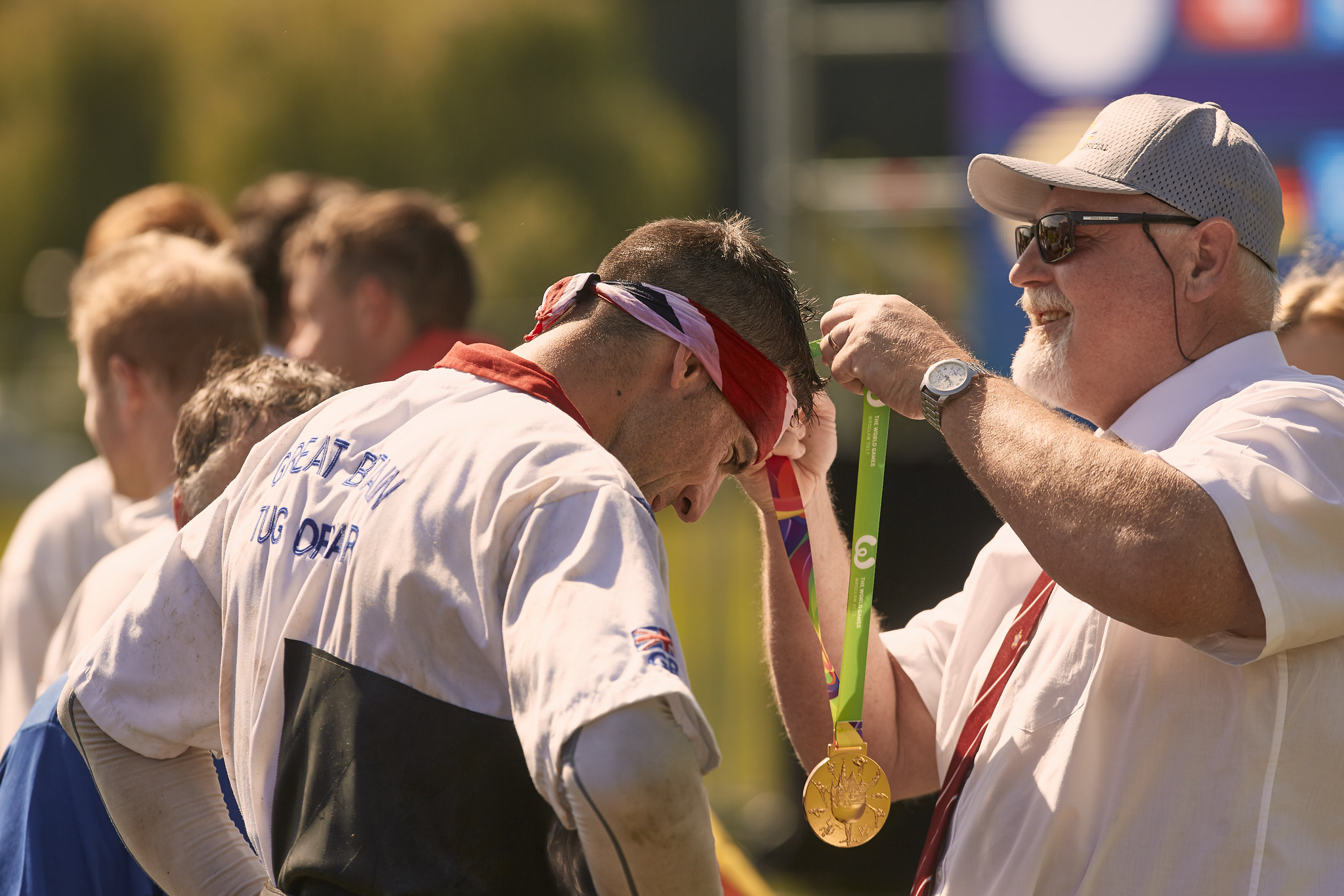 “Tug of war might boost Team GB’s medal tally further,” said Mr Knott. “The UK countries have dominated the indoor championships over a number of years, although some of the Asian countries such as Chinese Taipei and China are catching up. The Swiss tend to dominate outdoor, but we knocked them off the top at the 2017 World Games which is organised by the International World Games Association under the patronage of the IOC for recognised sports which are not yet part of the full Olympic programme.” 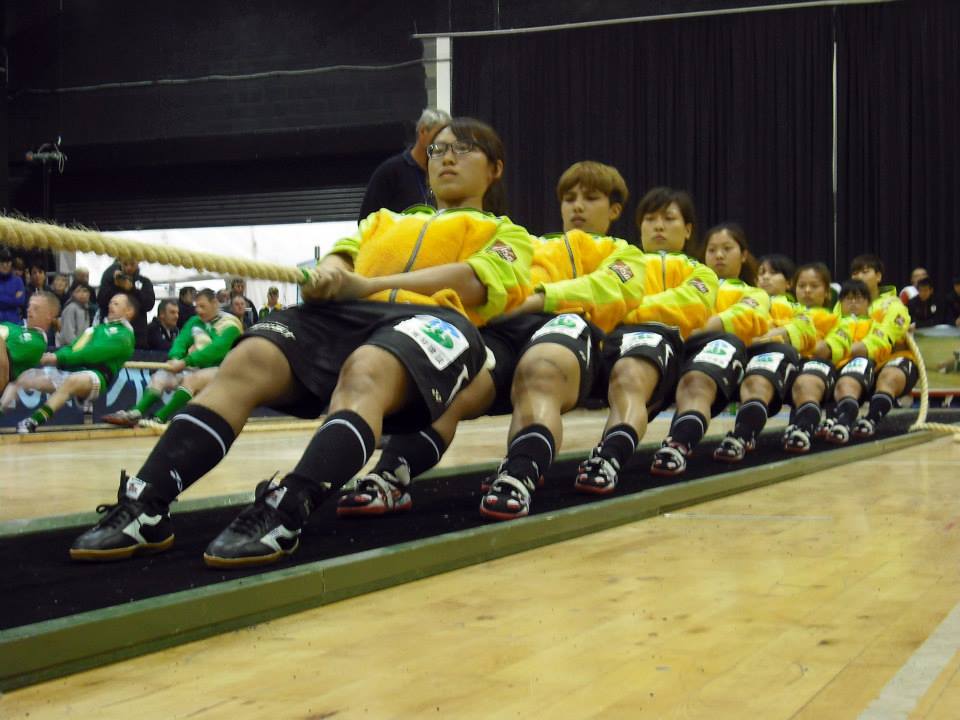 Competitors, he insisted, were not fat, beery blokes competing after liquid lunches at the village fête. They are finely honed athletes, two teams of eight straining every sinew to drag the other team a distance of four metres (13ft) from a fixed centre point. “There is stamina involved. Teams generally train three nights a week on the rope, working on technique and teamwork, and in between pullers do weight training and cardio training. And like boxers, pullers also have to manage their weight in order to get into their chosen weight category as you are not allowed to exceed the set weight limit for 8 person teams”.

“A hotly contested pull can sometimes last up to 5 or 10 minutes depending on the aptitude of the two teams facing each other and the ground conditions. It’s a lot more exciting than people think”.

“If rhythmic gymnastics, dressage and synchronised swimming can get into the Olympics,” he added, “why can’t tug of war? They are more dance, performing arts, than sport. One competitor can get 10 points and another nine, and the uninitiated will never really know why. With tug of war, there is an obvious winner.”

Few other sports, said Mr Knott, could approach tug of war’s global heritage. “We believe it was in the Ancient Greek Olympics and that it was also prevalent in ancient Egypt,” he said

“In Scandinavia the Vikings indulged in various pulling trials of strength.

“In [eighth century] China, the Tang Emperor Xuanzong sanctioned games in which ropes more than 150 metres [500ft] long were pulled by competing teams of 500 or more men.”

He explained that the name is thought to derive from Royal Navy sailors diverting themselves with ropes that were to hand on their “man-of-war” ships. The English association has over 40 clubs registered who take part in regional and national competitions. The sport is played on an organised basis in more than 70 countries, up from fewer than 40 in the early 1990s. 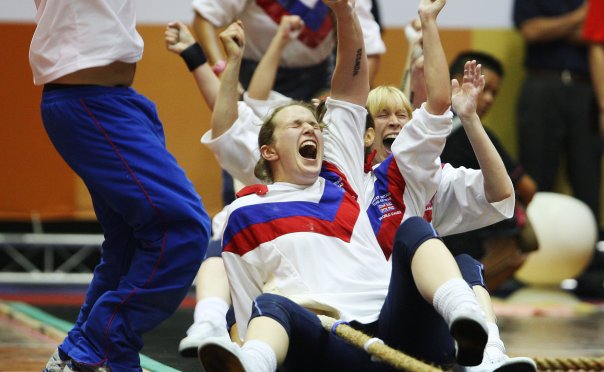 “Tug of war is also seeing an increasing number of women competing at the highest level and mixed gender team competitions are becoming increasingly popular at national and international level. We believe this will add immensely to the appeal and profile of tug of war and that this could be another step-up towards getting our foot in the door of other multi-sports events, such as the Olympic Games. Tug of war is probably one of a handful of competitive team / strength sports which can offer some diversity with regard to the format and composition of the team”.

“Tug of war can inspire everyone,” said Mr Knott “It is a lot more accessible to poorer countries than other sports such as sailing, rowing and equestrian which requires lots of expensive equipment and facilities. 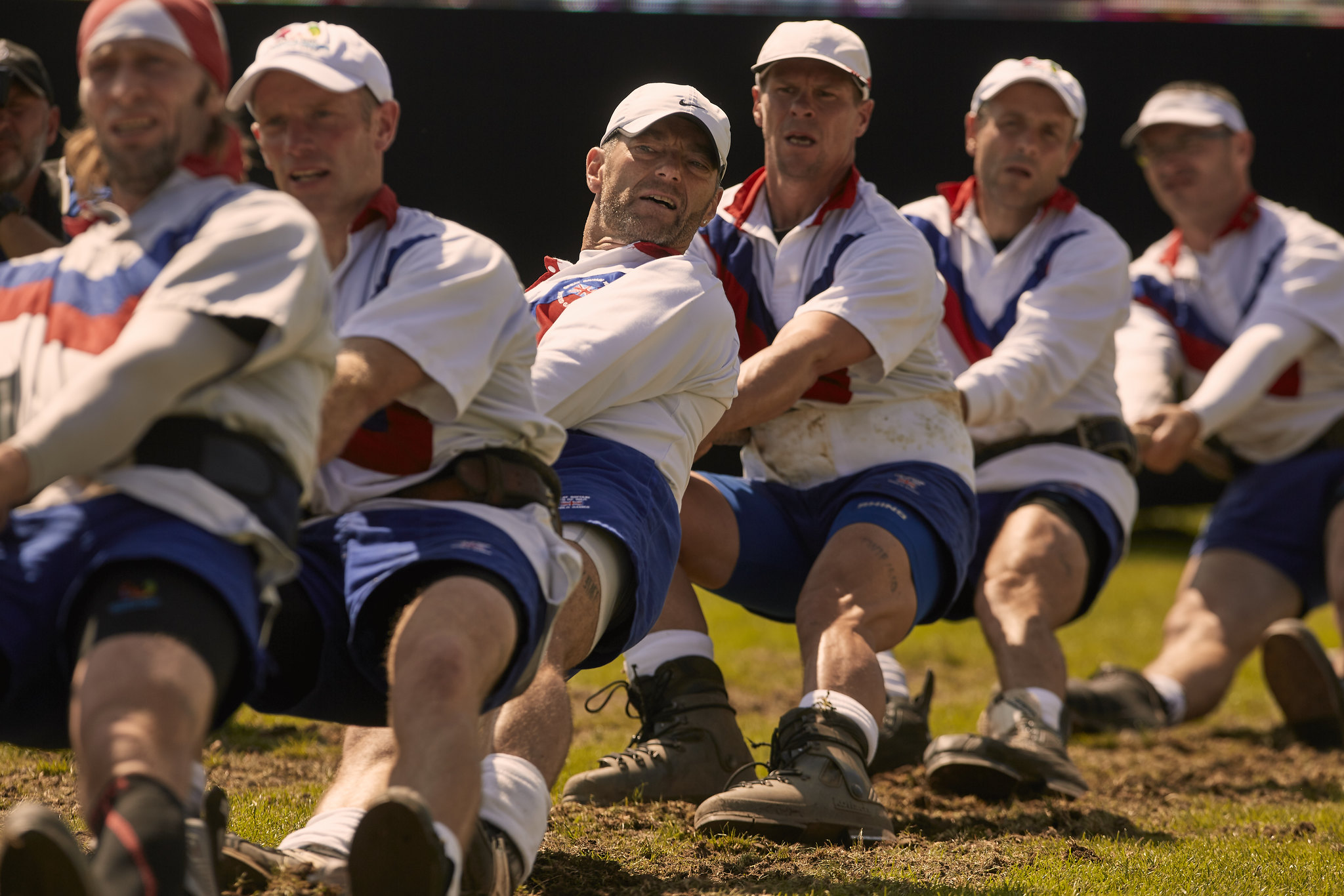 “Tug of war also has the advantage for Games organisers that you don’t need to build unnecessary amounts of costly sports stadia which quickly go unused and turn into expensive white elephants for the public purse to deal with. All you need is an existing sports field where you could put up a temporary arena with temporary seating, or for the indoor format of our sport, all you need is an existing sports centre or exhibition centre. The only other equipment you need after that are official tug of war ropes and you are away”.

“Of course, getting the sport back into the Olympics is a huge task, and we therefore remain humble and realistic and accept that we have some very hard work ahead to reach our ultimate dream of getting our sport back onto one of the worlds biggest sporting platforms”.

Notwithstanding this years challenges, the Tug of War Association is hoping to hold some domestic competitions later this year, subject to Government approval, and hope to have a full programme of events next year.

“As we come through this current pandemic, we hope to be able to re-establish and grow our sport in the months ahead”

“A lot of people have been left isolated during this period of restrictions on our daily lives, and as a team sport, our sport will have an important role to play in terms of re-establishing social connections and getting people active again”.

If anyone wants to get involved in our sport, or form a team and join our association, then please get in touch with the Tug of War Association for more information and guidance.