Tug of War is a true non-contact competitive sport suitable for a wide range of abilities.

The sport is fully inclusive, it has been found especially suitable for individuals who would like to participate but lack the coordination/technical skills required in other sports, such as football.

Tug of War is a sport where every member of the team is equal.  To succeed a team has to work together, encouraging true cooperation and team discipline.  Mixed teams are allowed which makes the sport ideal for school sports days.

A competition normally consists of two teams of equal numbers pulling against each other using a tug of war rope.

Tug of War does not require much in the way of equipment other than the rope, which, with care, should last for years, long sleeve rugby/football-type shirts are normally worn, footwear must have smooth soles and heels with no spikes or studs.  Any flat area of grass can be used. 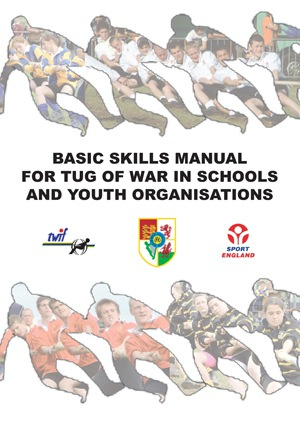 The Tug of War Association has recently published a document titled "basic skills for tug of war in schools and youth organisations". This document provides basic guidance on how to set up a tug of war event as a sporting activity as part of a PE lesson or sports day. The guide provides simple steps on how to set up a competition area, basic tug of war techniques, in addition to including a health and safety risk assessment form to ensure that the sport is carried out in a safe manner. The document can be downloaded below

Previously, the Young Journalists Academy have produced a video about tug of war featuring interviews and insights into junior and senior tug of war, and this can be viewed below:

In addition, to the above, the GENSB junior international tug of war competition takes place every year and a video about this event and what it means to young people taking part is provided below.

The Tug of War International Federation (TWIF) has also published a leaflet aimed at promoting tug of war as a sporting activity in schools, and the benefits that participants will get from taking part. The leaflet can be downloaded by clicking the link below:

Please contact our schools and youth officer, Mr Terry Spoore for further information about tug of war as a sporting activity in schools: