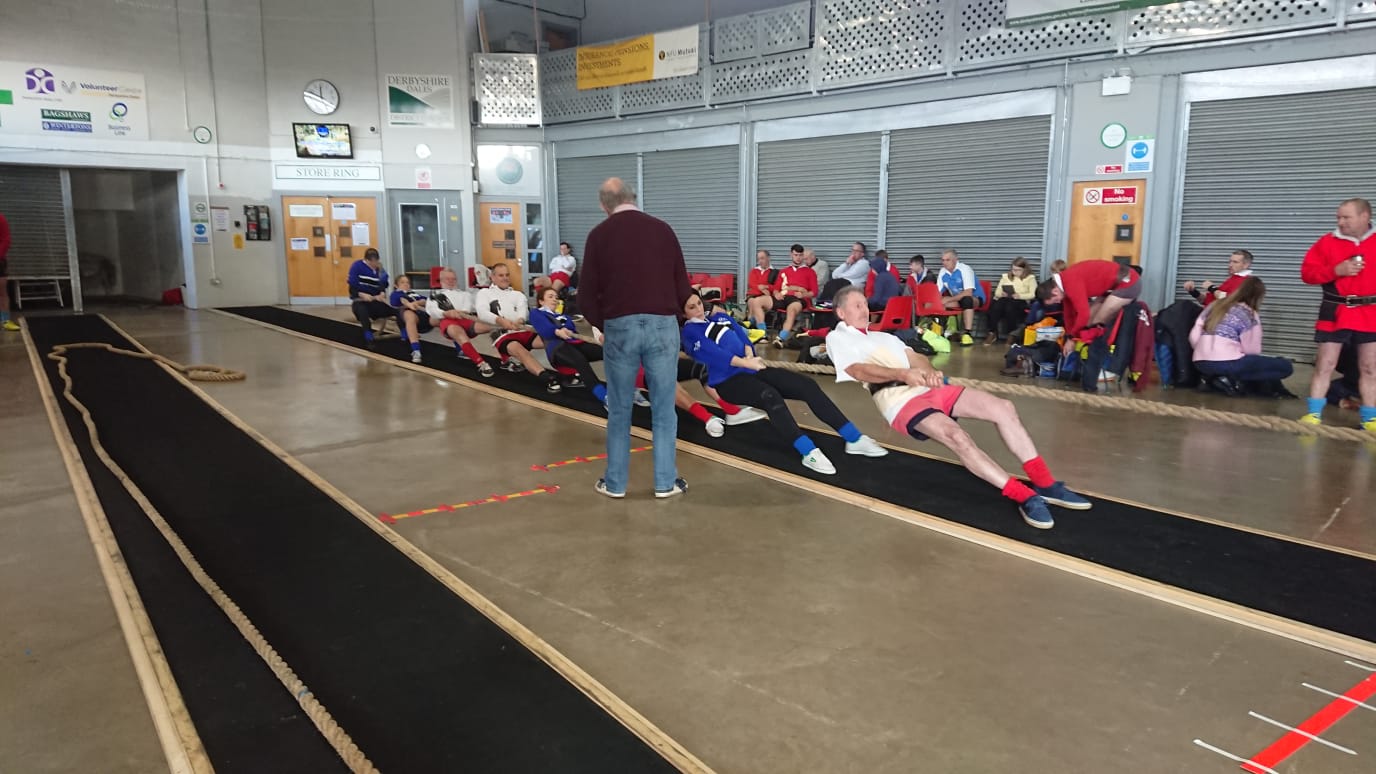 The final open club indoor tug of war competition took place in Bakewell over the weekend with Uppertown, Raunds, Kilroe and Bosley taking part. Some of the ladies from Penhow also joined in with the event, forming a mixed team with Raunds, as well as joining together with ladies from Bosley to enter the 600kg competition as Bosley B.

The first weight of the day was the catchweight competition. This event was won by Uppertown on maximum points, who finished ahead of Bosley as runners up, with Kilroe finishing in third place. 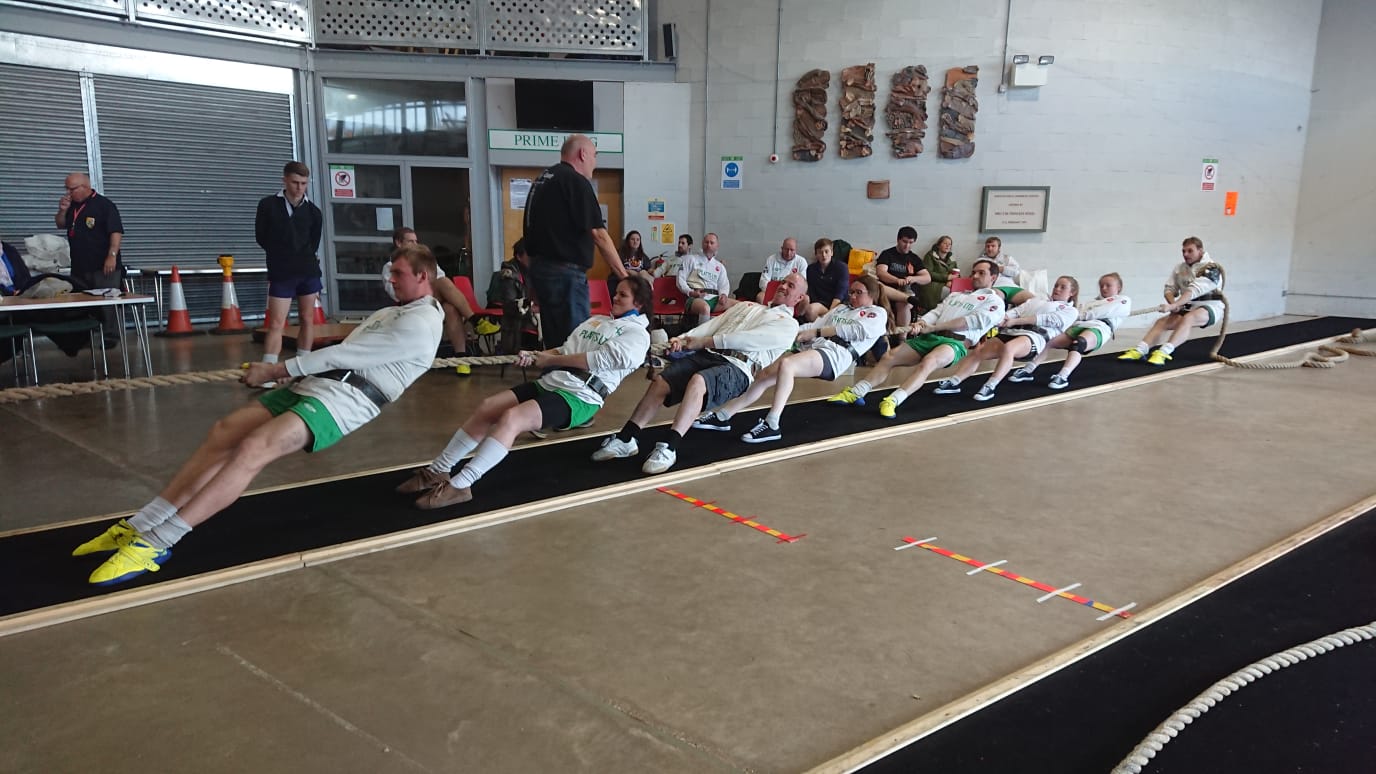 A mixed 600kg competition took place after the catchweight with Bosley and Raunds/Penhow taking part. This was the first 4+4 competition we have run on the indoor circuit this year, and after a couple of competitive ends, Bosley finished in first place with Raunds/Penhow finishing as runners up.

The 600kg competition followed, with all teams taking part. Bosley topped the group on maximum points, followed by Uppertown, Raunds, Kilroe and Bosley B. Bosley and Uppertown met again in the final, and after two close ends, Bosley took the win by 2 ends to 0. 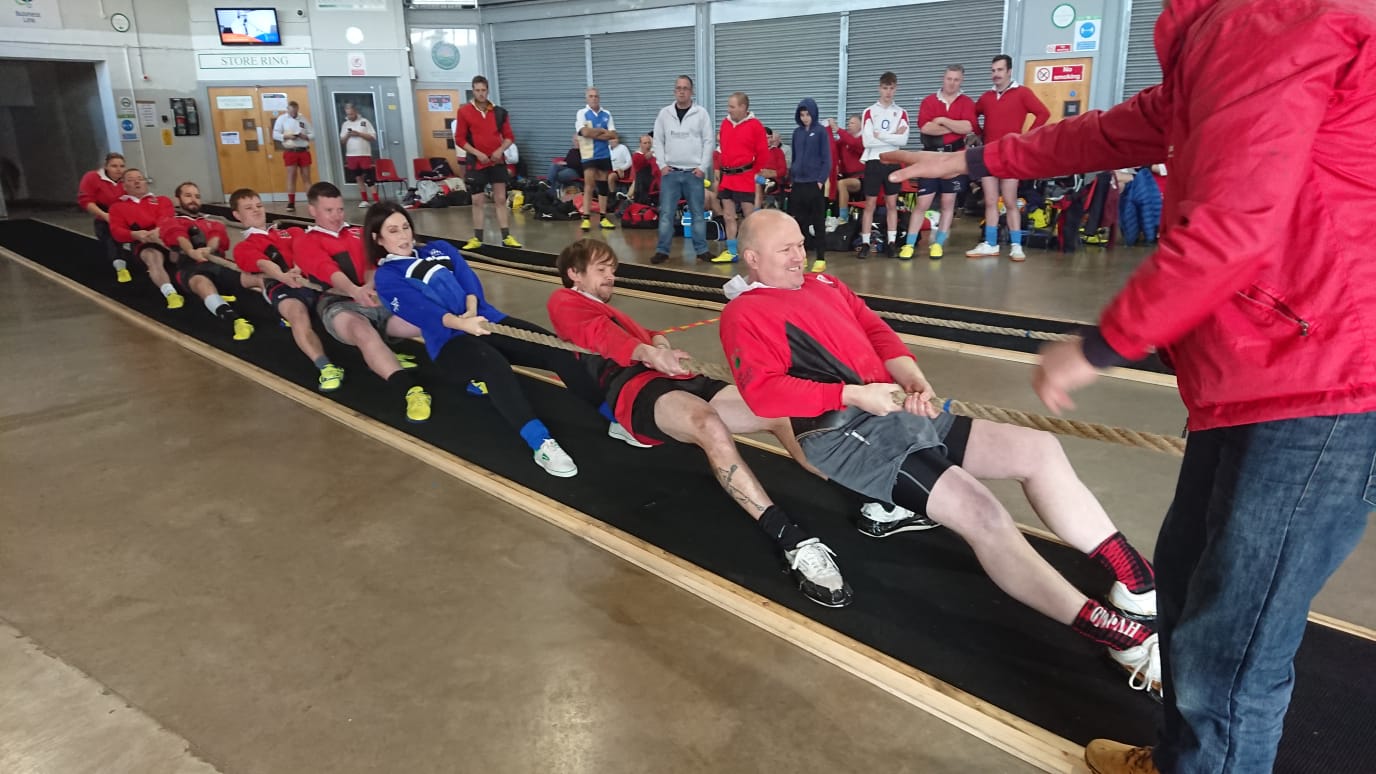 The 680kg competition was a closely contested weight class. Uppertown dominated the group stage, topping the group without dropping an end. The battle for second place and a place in the final was between Kilroe, Bosley and Raunds. These three teams had some good pulling between them, with the Bosley and Raunds pull going 1-1. At the end of the group stage, Raunds and Bosley were joint second, and after the criteria was applied, Raunds progressed to the final having received fewer cautions. In the final, Uppertown ran out as 2 ends to 0 winners.

The 640kg competition was pulled as a straight group with no final, with Bosley topping the group without dropping any ends. Uppertown finished as the eventual runners up ahead of the other teams taking part.

The final weight of the day was the 580kg, again pulled as a straight group with no final. Bosley finished the day by winning this competition without dropping an end, followed by Uppertown who finished as runners up.

The officials on the day were Mick Grimston, Gavin Corden, Dave Kitchener and the timekeeper/recorder was Mark Williams.

Our next event is the National Indoor Tug of War Championships, which take place in the agricultural centre at Bakewell Showground on Saturday 4 December. We look forward to an exciting day of competition, and we wish all clubs taking part the very best of luck! The first pull will be at 11am, and all supporters / spectators are welcome to come along and cheer the teams on.

As per current updated Government guidance, as the event is taking place in an indoor setting, it is advised that spectators wear properly fitted face coverings as taking a lateral flow test prior to arriving at the venue.