Following a return to competition earlier this year, following a hiatus of over 12 months, it was great to be able to organise a national championship, and it was fantastic to see a good number of teams supporting the event, despite all of the uncertainty around. It was particularly pleasing to see an increase in the number of ladies teams and pullers. Of course, there were some teams who took part in 2019 that were not competing this season, but we hope to see them all get back together and be back out on the circuit in the future.

The following clubs took part in the event: 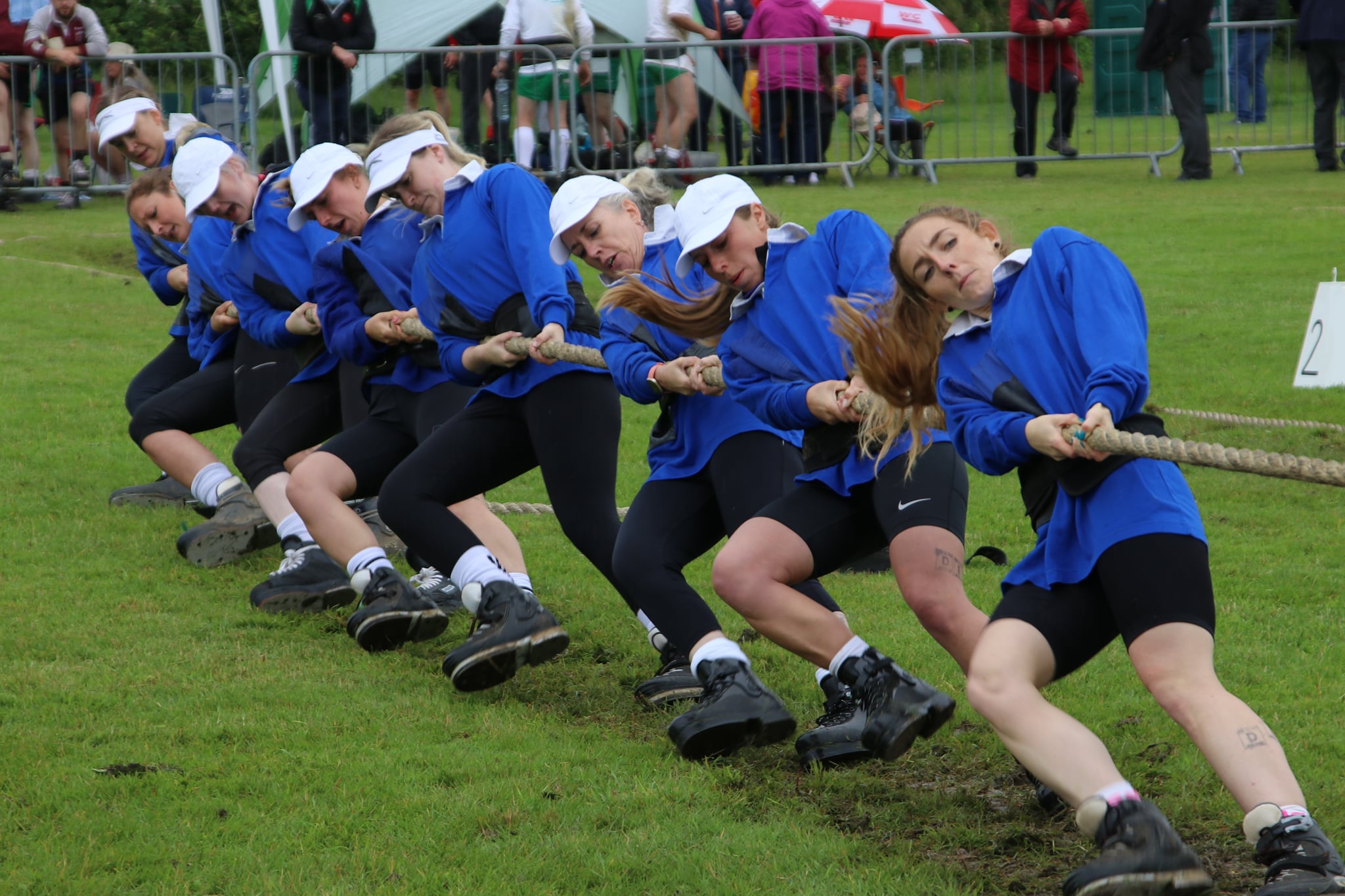 The first weights of the day were the ladies 500kg and the mens 640kg competition. Both of these competitions were pulled on points to start with, with the ladies 500kg having 5 teams entered, and the mens 640kg having 8 teams entered. For groups of 5, the top two teams at the end of the group stage would go on to contest the final, with the third and fourth placed teams pulling for bronze. For the 640kg, the top four teams would progress to a semi-final followed by medal pulls. Under TOWA rules, there are no semi-finals for groups of 5 teams or less. 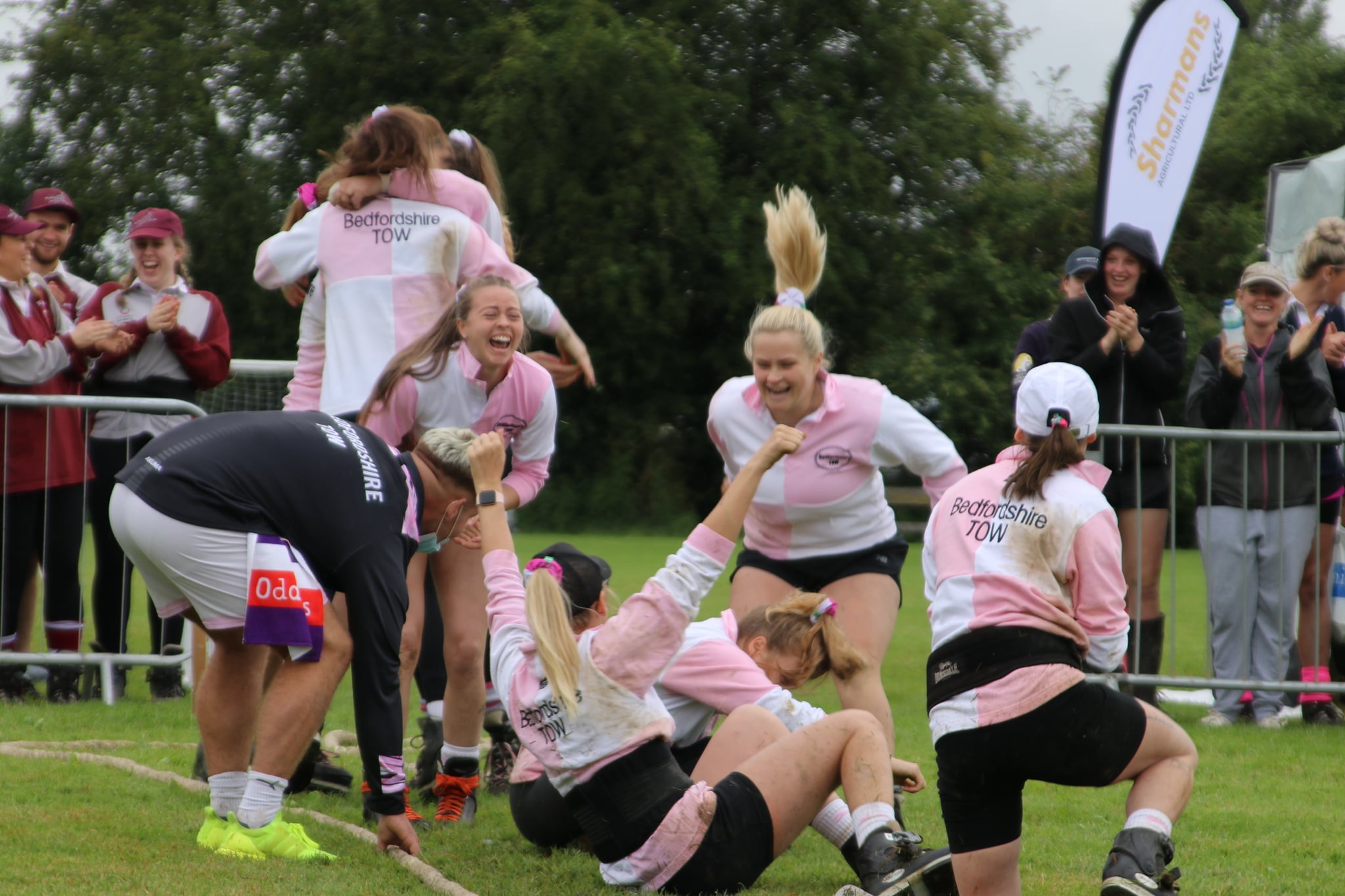 The ladies 500kg was an exciting competition, which saw Bedford Ladies and Upper Eden Ladies progress to the final in first and second place respectively, with Oxney Vines Cross and Bedfordshire going into the bronze medal pull ahead of Sandhurst Ladies who were competing at their first nationals. Oxney were looking to build on their good performances in 2019, and Bedfordshire were looking to take a medal on their first nationals. On both ends, Bedfordshire got a good drop and managed to take rope from the go and continue the momentum over the line to take the bronze medal, much to the delight of their supporters and team mates. 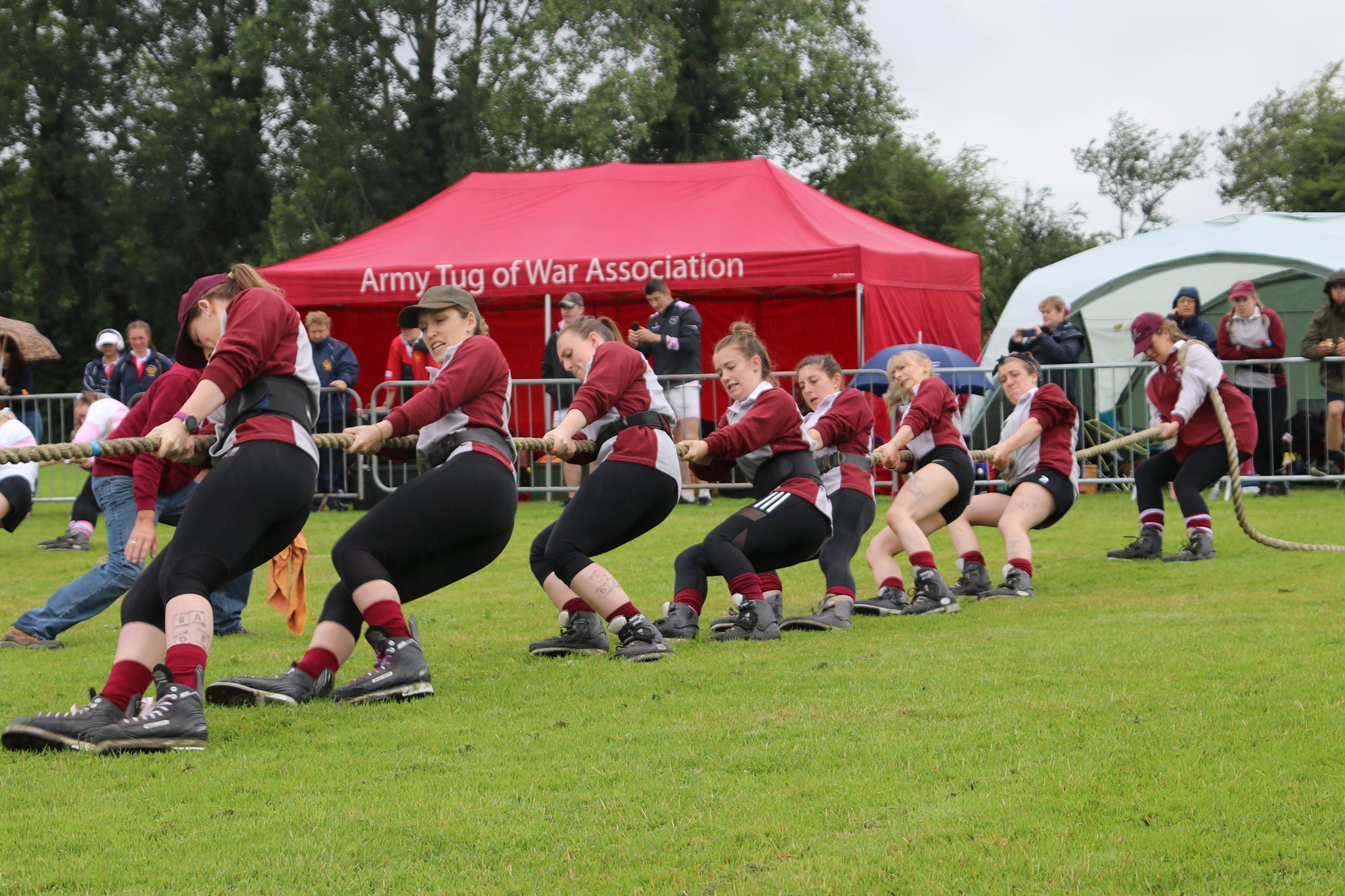 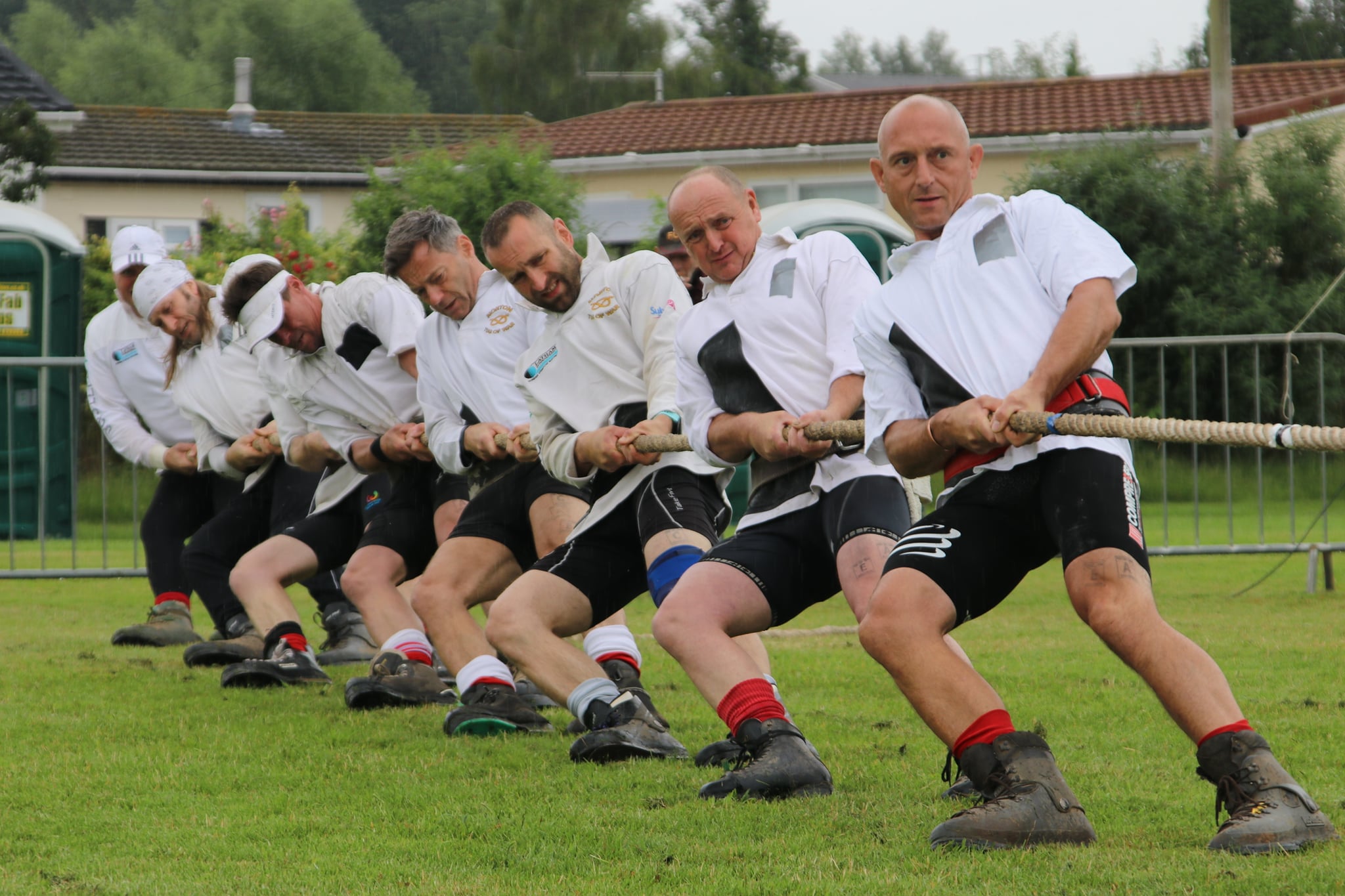 The mens 640kg competitions was run as a large group, with the top four teams progressing to the semi finals and the chance to win a medal. Norton went into this event as defending champions and were up against Lincoln, Felton Eccles, Oxney Vines Cross, Bosley, Brown Candover, Upper Eden and Sandhurst. Lincoln and Norton both went through the group stages without dropping ends to the other teams, although some teams did make life difficult for these teams. Towards the end of the group stages, Felton Eccles, Oxney Vines Cross and Upper Eden were the teams that looked most likely to join Norton and Lincoln in the semi finals, and it was Upper Eden and Oxney Vines Cross that progressed. Lincoln and Norton met each other in the last round of the group stage, with Lincoln taking a 2 end to 0 win. This decided the order of the teams in the group in terms of who would face who in the semi finals. 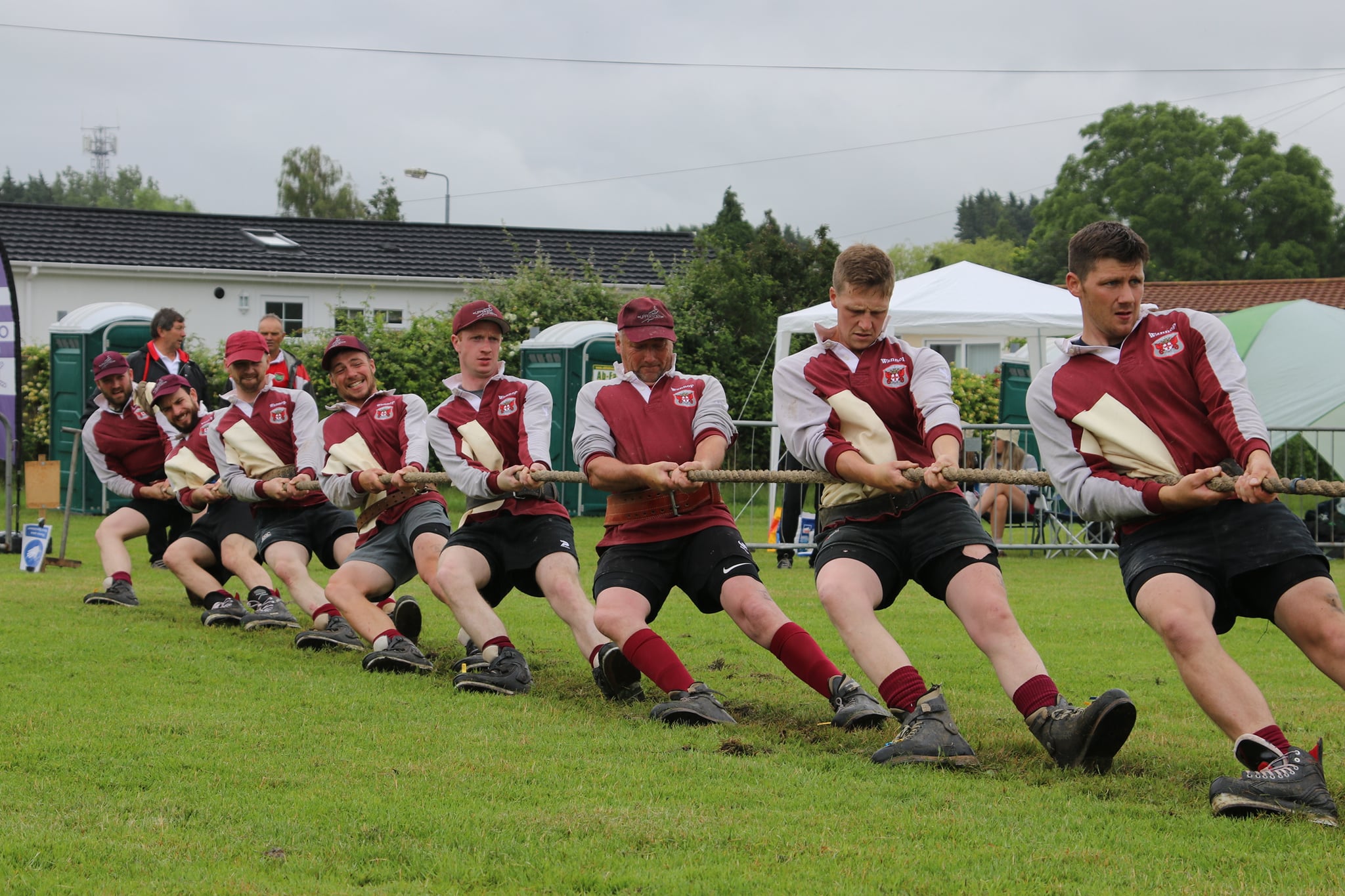 In the semi finals, Norton faced Oxney Vines Cross and Lincoln faced Upper Eden. Both Norton and Lincoln won their respective semi-finals to set up a final against each other, this being the third final in a row at 640kg between these two clubs, with both clubs having won one gold each on the previous two occasions. First up was the bronze medal match between Oxney Vines Cross and Upper Eden. 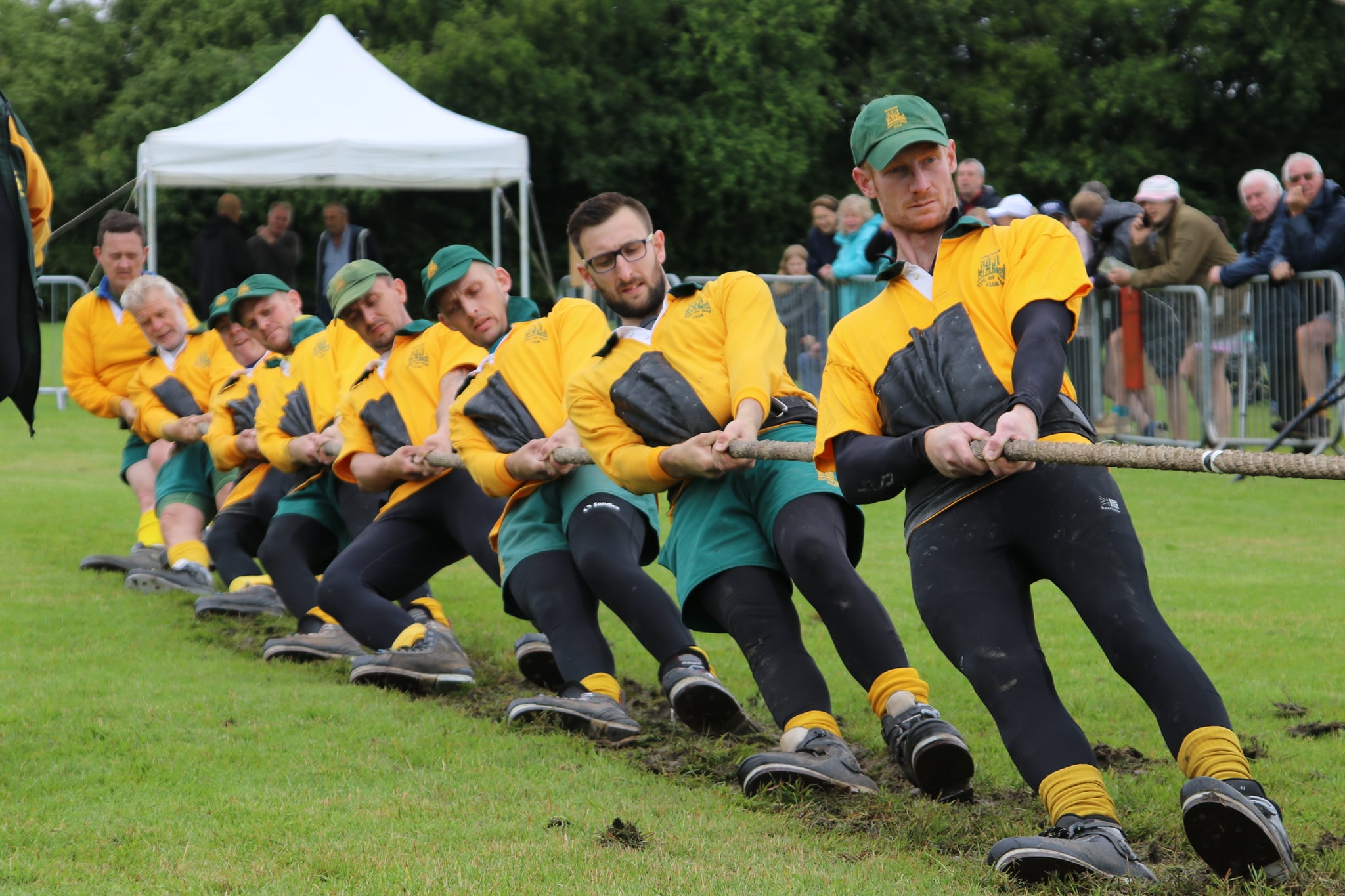 There was a good tussle between the two teams, with Oxney Vines Cross just edging it over the two ends. The final was another good battle between Norton and Lincoln, with a relatively long first end that went to Lincoln who took Norton over the line. The second end was another fierce battle, with Lincoln taking an early advantage. Both teams started slipping in the wet conditions and started to pick up cautions, with both teams quickly receiving two cautions each. Norton then started to take rope, but the judge gave Norton a third caution and awarded the end to Lincoln in a very tough final in difficult conditions. 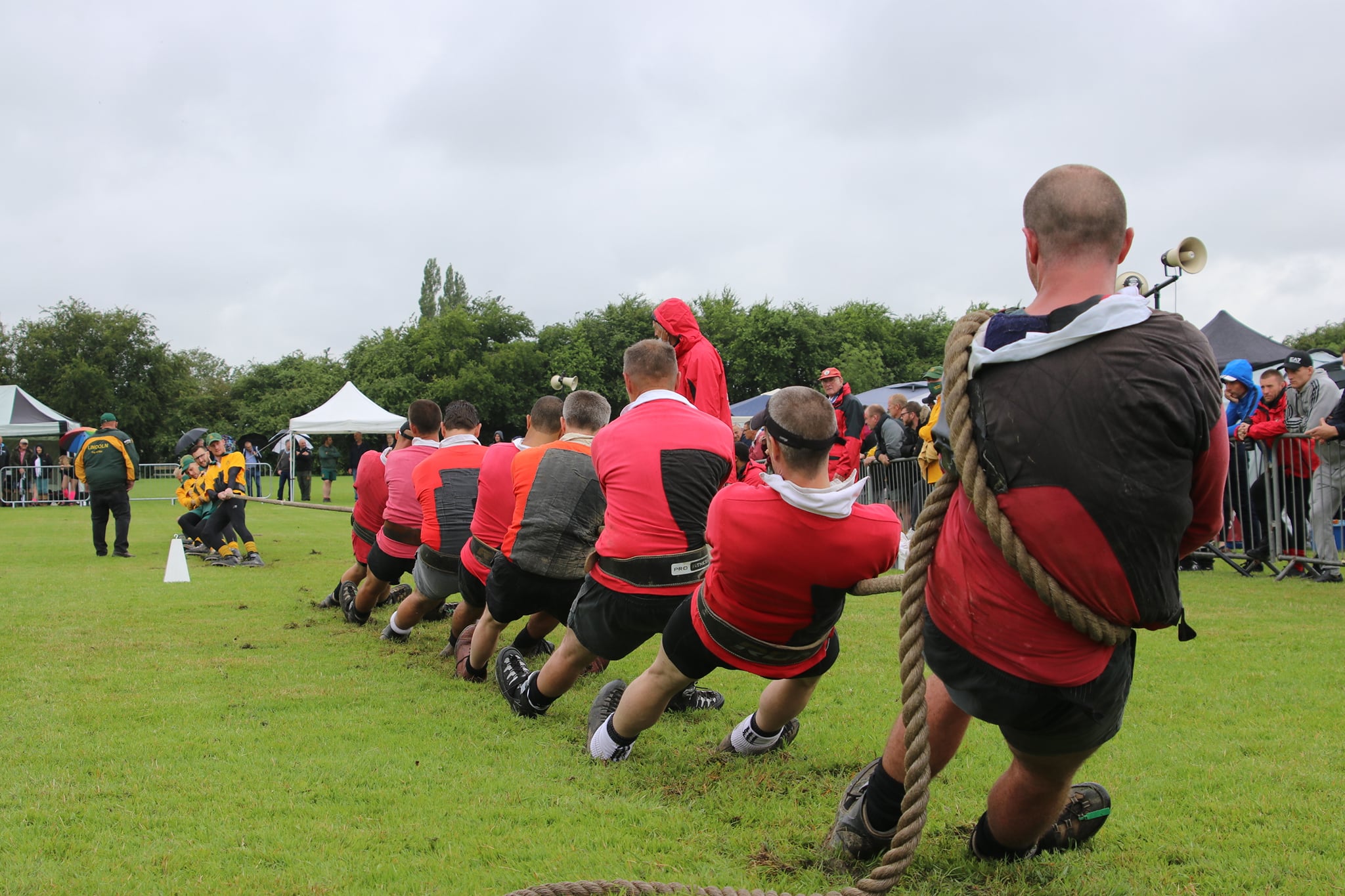 The next weight was the mens 560kg competition. Despite a few teams entering this weight category prior to the championships, a number of teams were unable to field team in this weight class in the end, so we had two teams - Oxney Vines Cross and Lincoln, competing in a straight final. Oxney Vines Cross were the defending champions and put in a strong performance to retain their title by 2 ends to 0, with Lincoln settling for silver having not competed in the 560kg division at a national championships for a number of years. 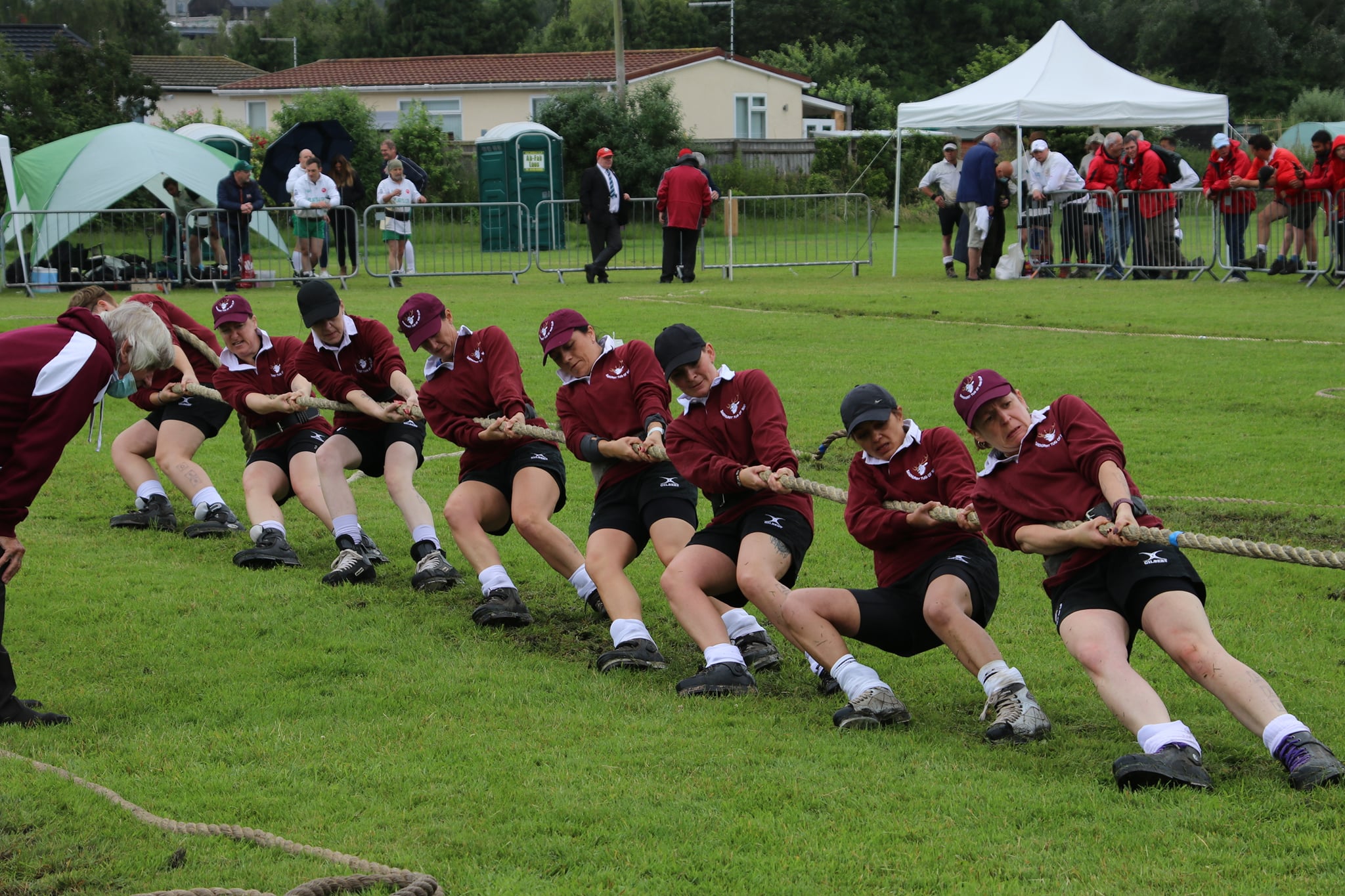 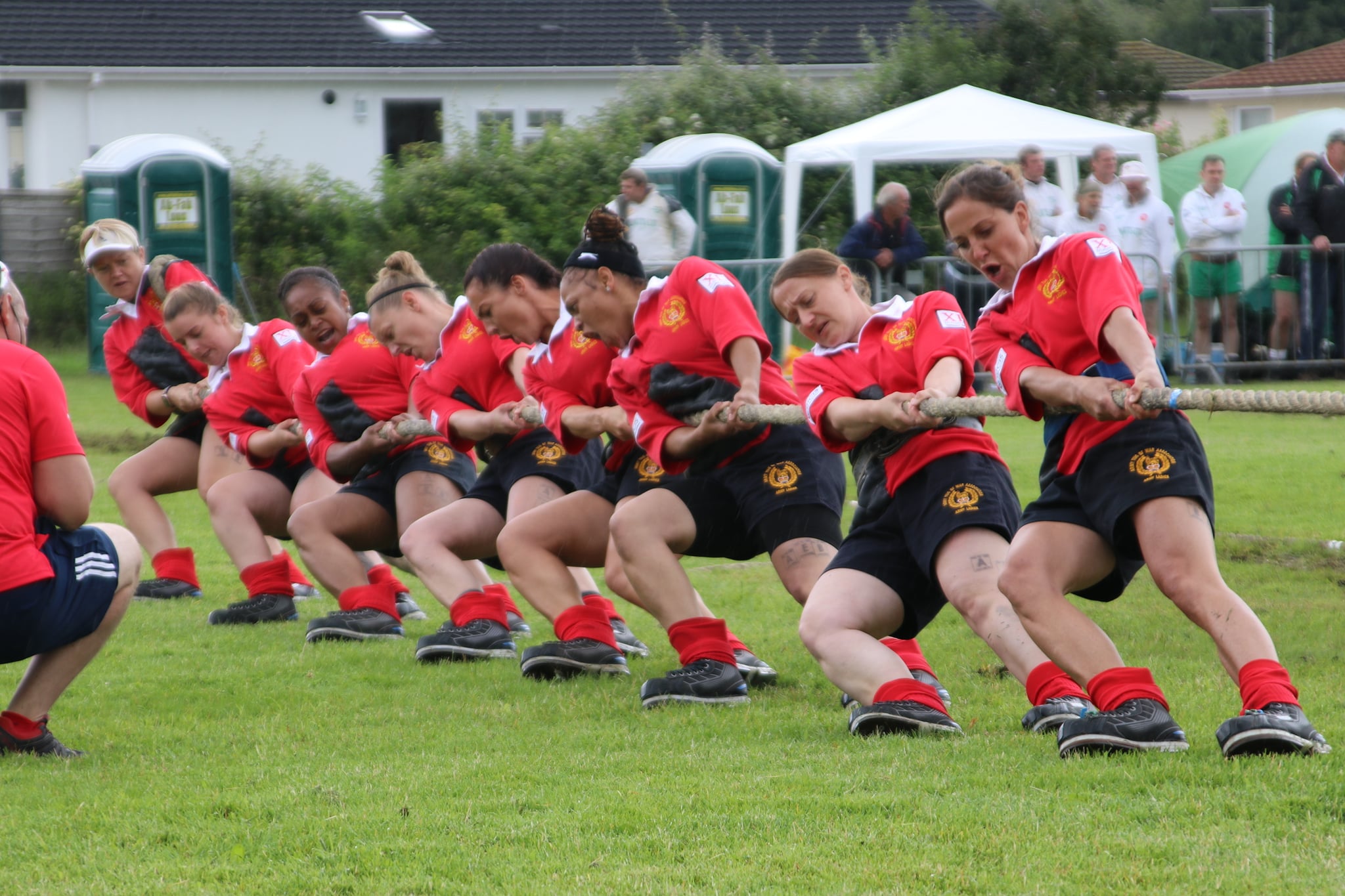 The bronze medal match was a close pull which went to three ends. Upper Eden took the first end, with Melton Mowbray taking the second end. Upper Eden won the toss for the choice of the third end and after a good tussle, Upper Eden took the third end and the bronze medal. In the final, Army Ladies put up some good resistance against Bedford Ladies, but it was Bedford Ladies who took their second gold medal by 2 ends to 0. 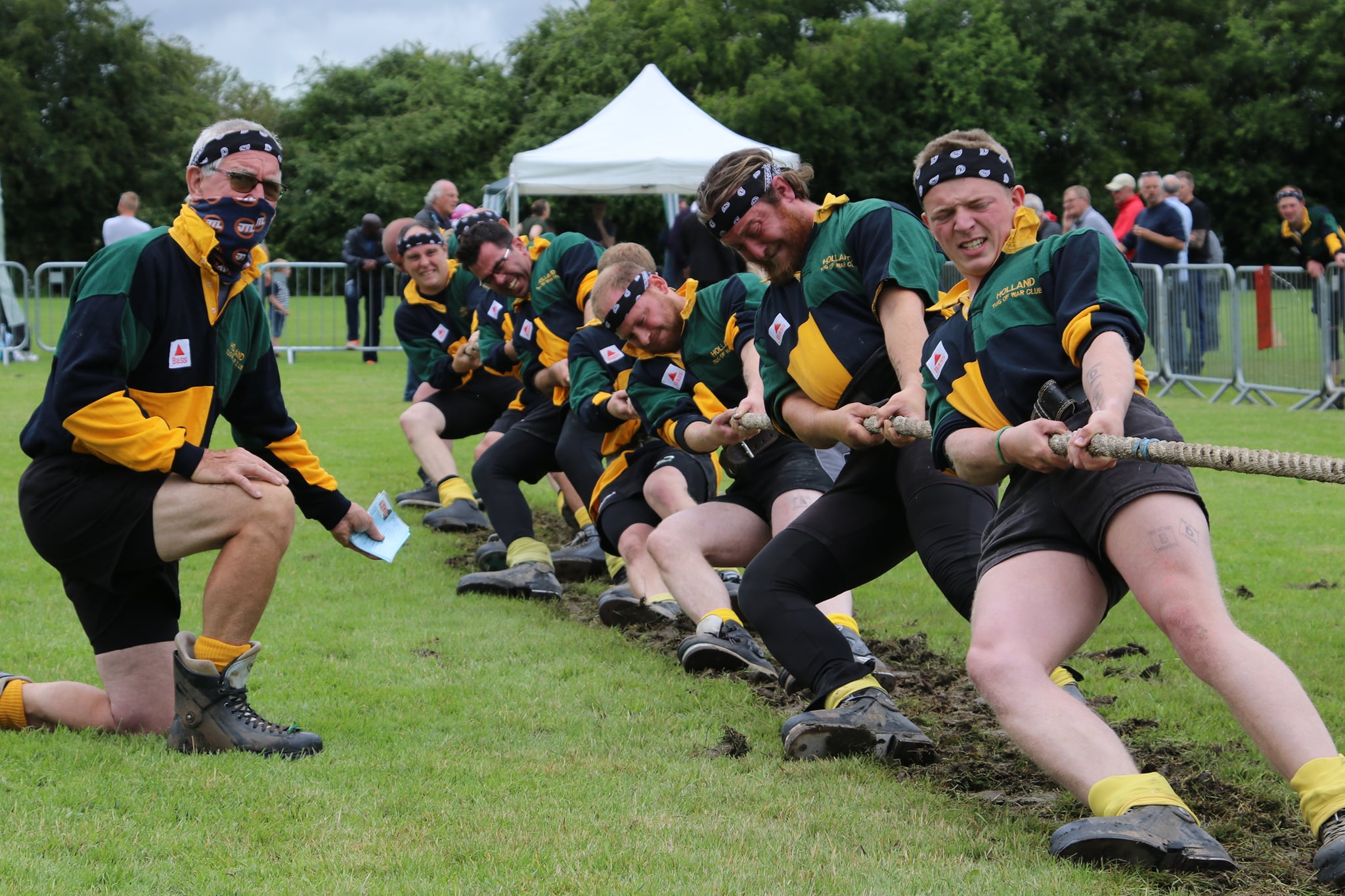 The mens catchweight competition was run alongside the ladies 540kg competition, with Lincoln, Bedfordshire, Holland, Essex and Bosley taking part. This was pulled as a points competition with the top 2 teams progressing to the final, and third and fourth placed teams progressing to a bronze medal match. There was some close competition in this weight class, with Lincoln and Essex finishing on level points at the top of the group, going 1 end each with each other in the group stage and defeating all of the other teams. Bosley progressed to the bronze medal match in third place, with Holland TOWC just edging out Bedfordshire to progress to the bronze medal match.

The bronze medal match saw Holland and Bosley face each other again. Holland put in a lot of hard work in the bronze medal match and never gave any easy rope, and were always looking to put some good lifts in to upset Bosley. On this occasion, Bosley managed to hold on in both ends to take the bronze medal. The final was a cracking pull between Lincoln and Essex and there wasn’t much between these teams after they went 1-1 in the group stage. Lincoln took the first end, but Essex battled back hard in the second end to take the final to a third end. Lincoln won the toss for the choice of the third end, and despite a great effort by Essex, Lincoln just had enough to win the end and the gold medal. 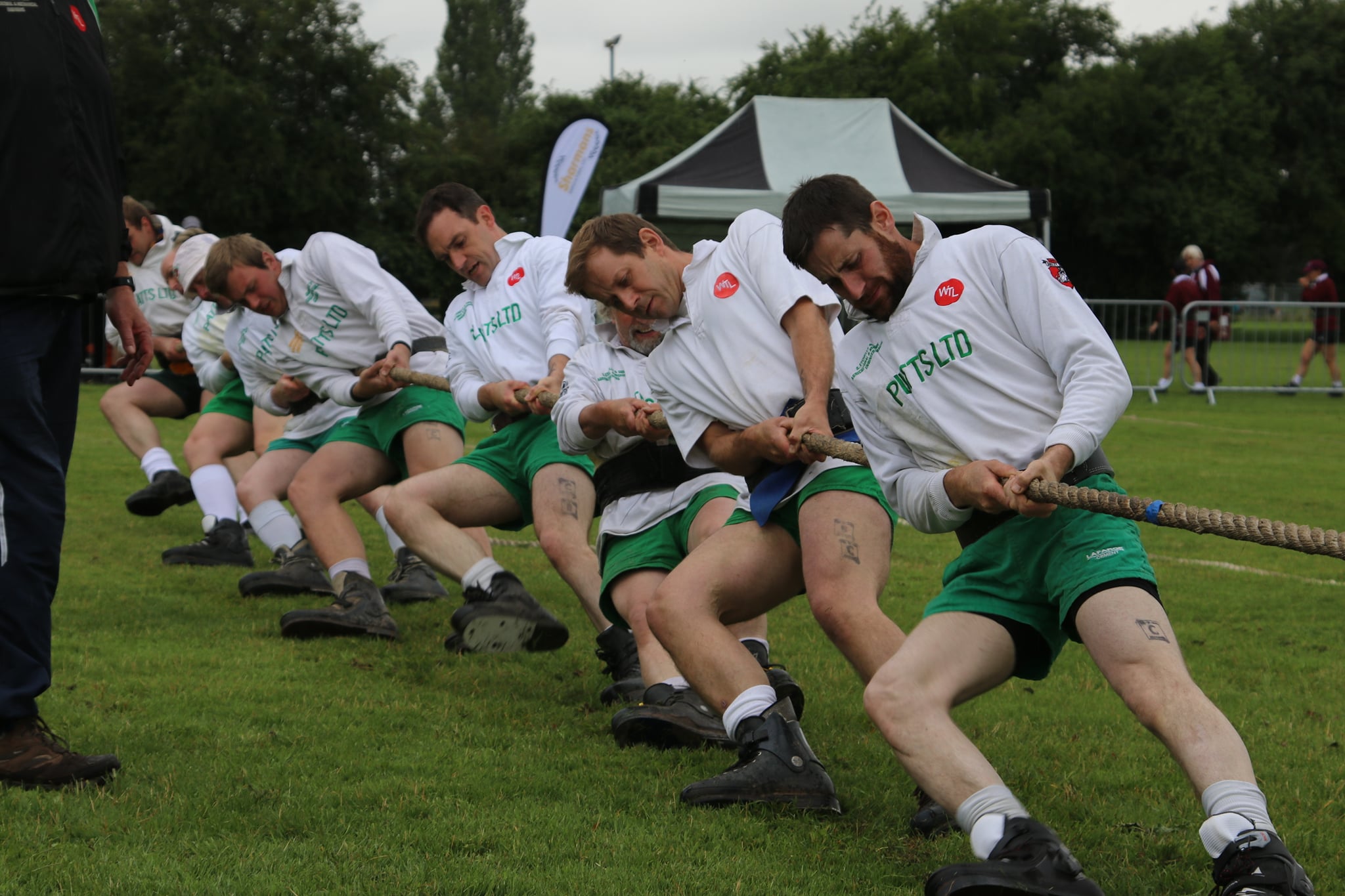 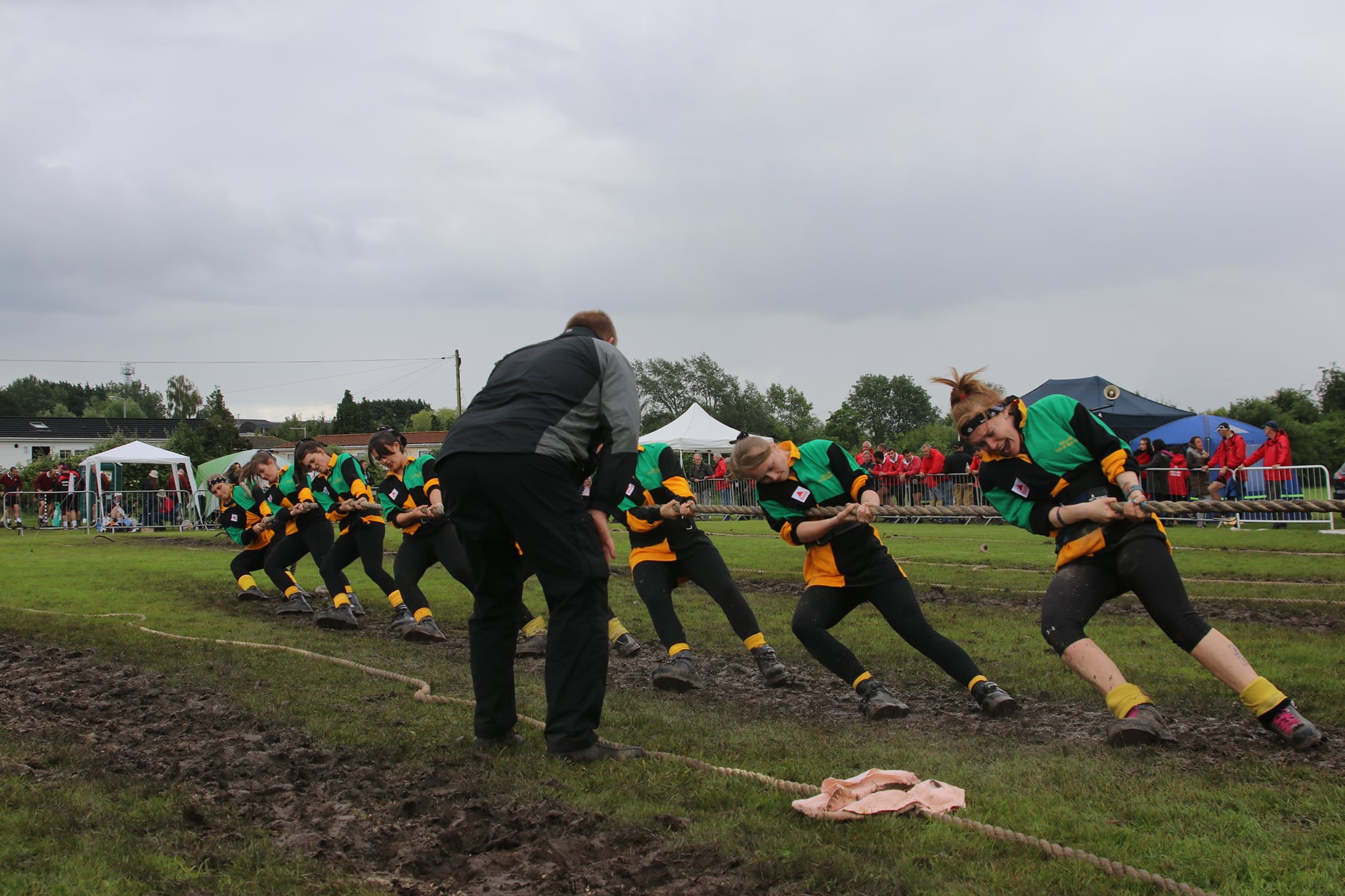 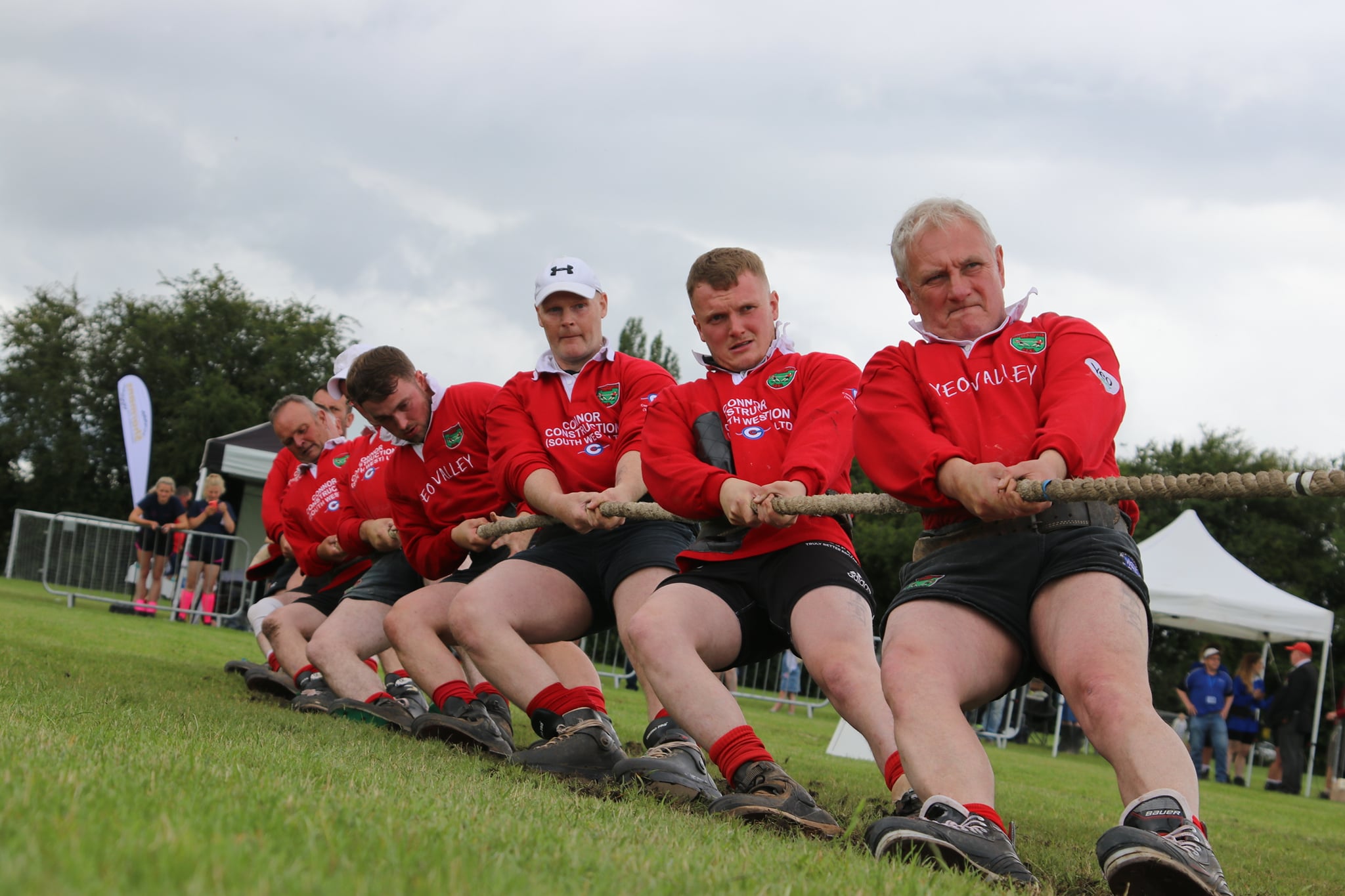 The mens 720kg had defending champions Felton Eccles taking part, along with Lincoln, Bosley, Holland TOWC and Essex. There was some close pulling in this weight, with no team going through without dropping an end. Lincoln and Felton Eccles finished joint top of the group to go straight through to the final, with Essex going through to the bronze medal match in third place. Bosley and Holland finished level on points for fourth place, with Bosley progressing having received fewer cautions. On the bronze medal match, Essex proved to be too strong for Bosley and they won the bronze medal by 2 ends to 0. The final was a great match between Lincoln and Felton Eccles which went to three ends. Felton took the first end, with Lincoln taking the second end. The coaches were then called to the centre for the toss of the coin to choose the third end. Felton won the toss for the choice of the third end, but Lincoln managed to hold their shape better this time around and took the third end and the gold medal. 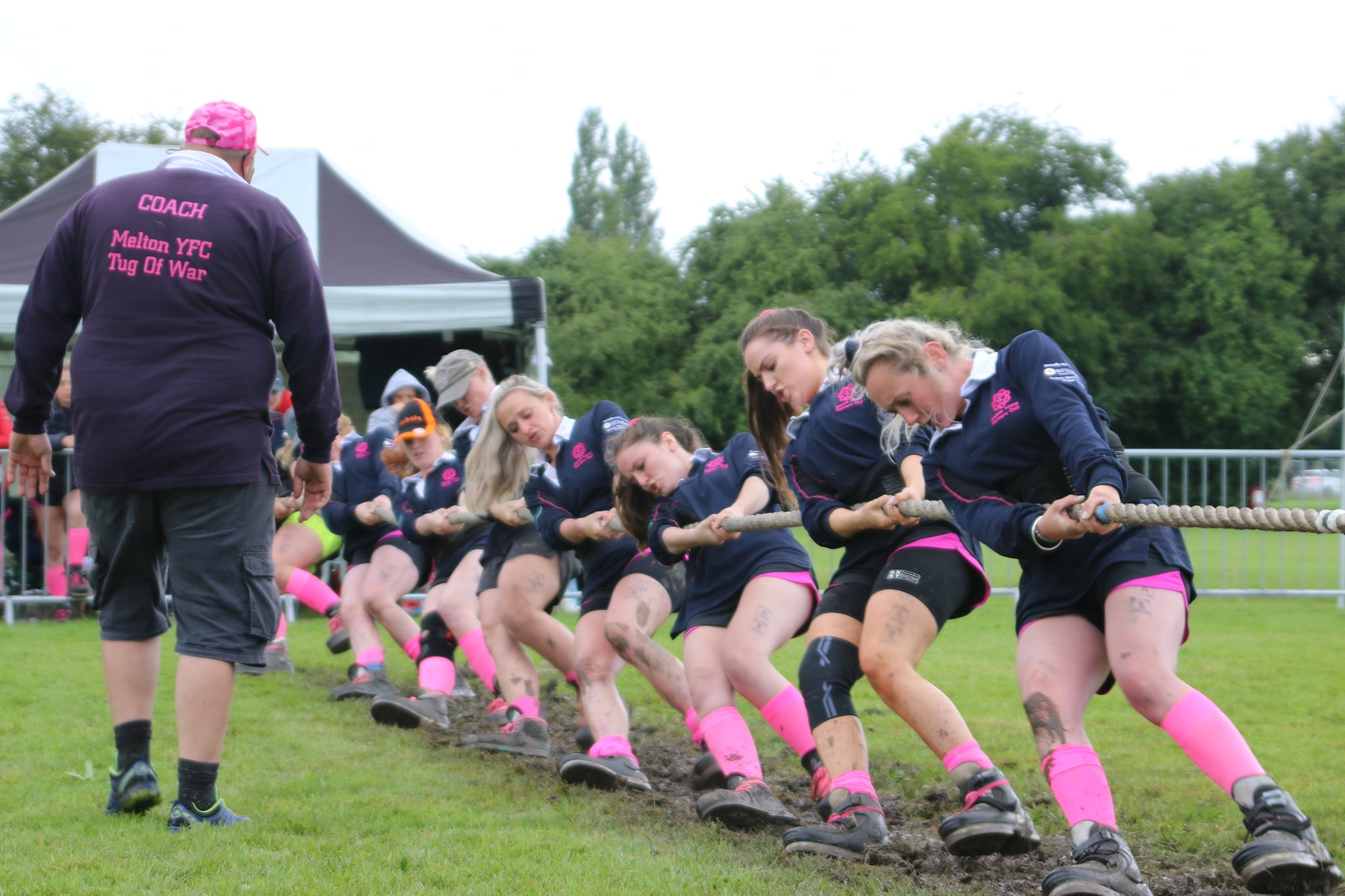 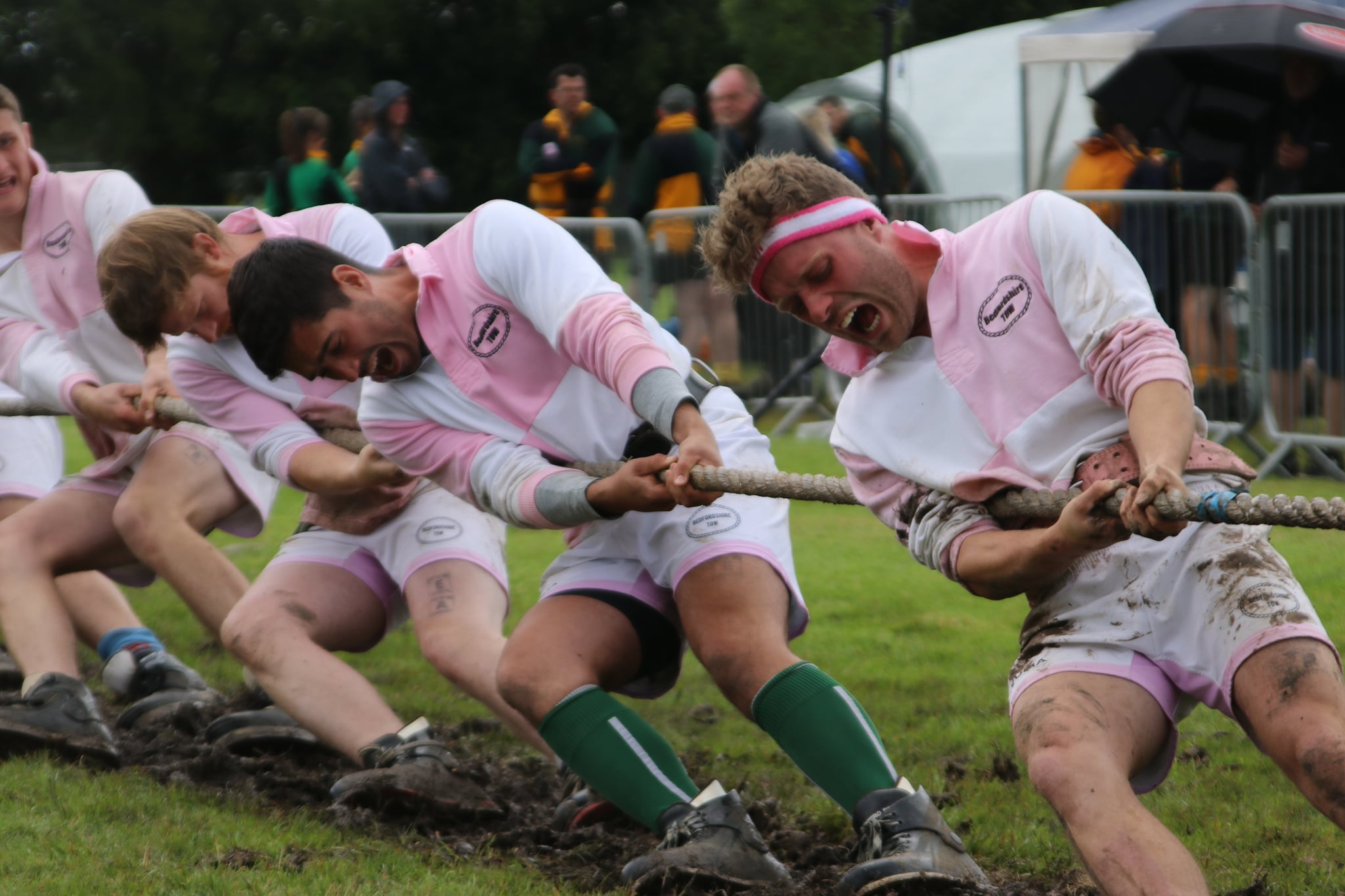 The mens 600kg saw some teams withdraw from this weight class prior to the start of the competition, so we were left with Sandhurst, Bedfordshire, Oxney Vines Cross, Upper Eden and the Army taking part. It was the first time for a few years that the Army came out and competed with a mens team, and it was great to see them back. The top two teams who progressed to the final were Oxney Vines Cross and Upper Eden, with Sandhurst and Bedfordshire competing for the bronze medal. The bronze medal match saw Bedfordshire looking to win their first medal in the mens weights having won a bronze medal in the ladies competition earlier in the day. Unfortunately it was not to be for the men, despite a valiant effort against Sandhurst who won their first national medal for a couple of years by 2 ends to 0. The final was a repeat of the 2019 final between Oxney and Upper Eden. Both teams performed strongly, and on this occasion again, Oxney had the edge and they took the gold medal by 2 ends to 0 to win their second gold medal of the day. 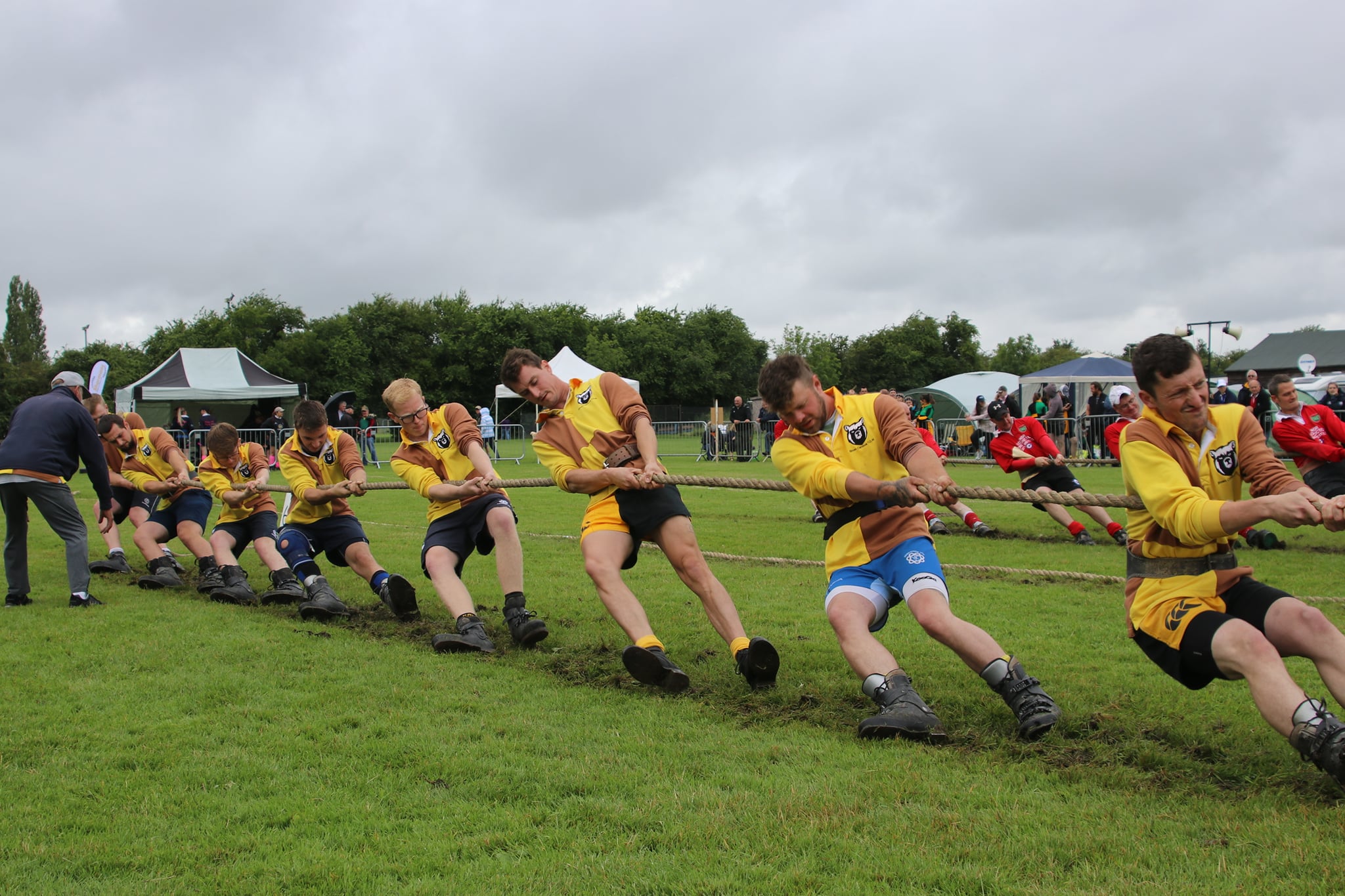 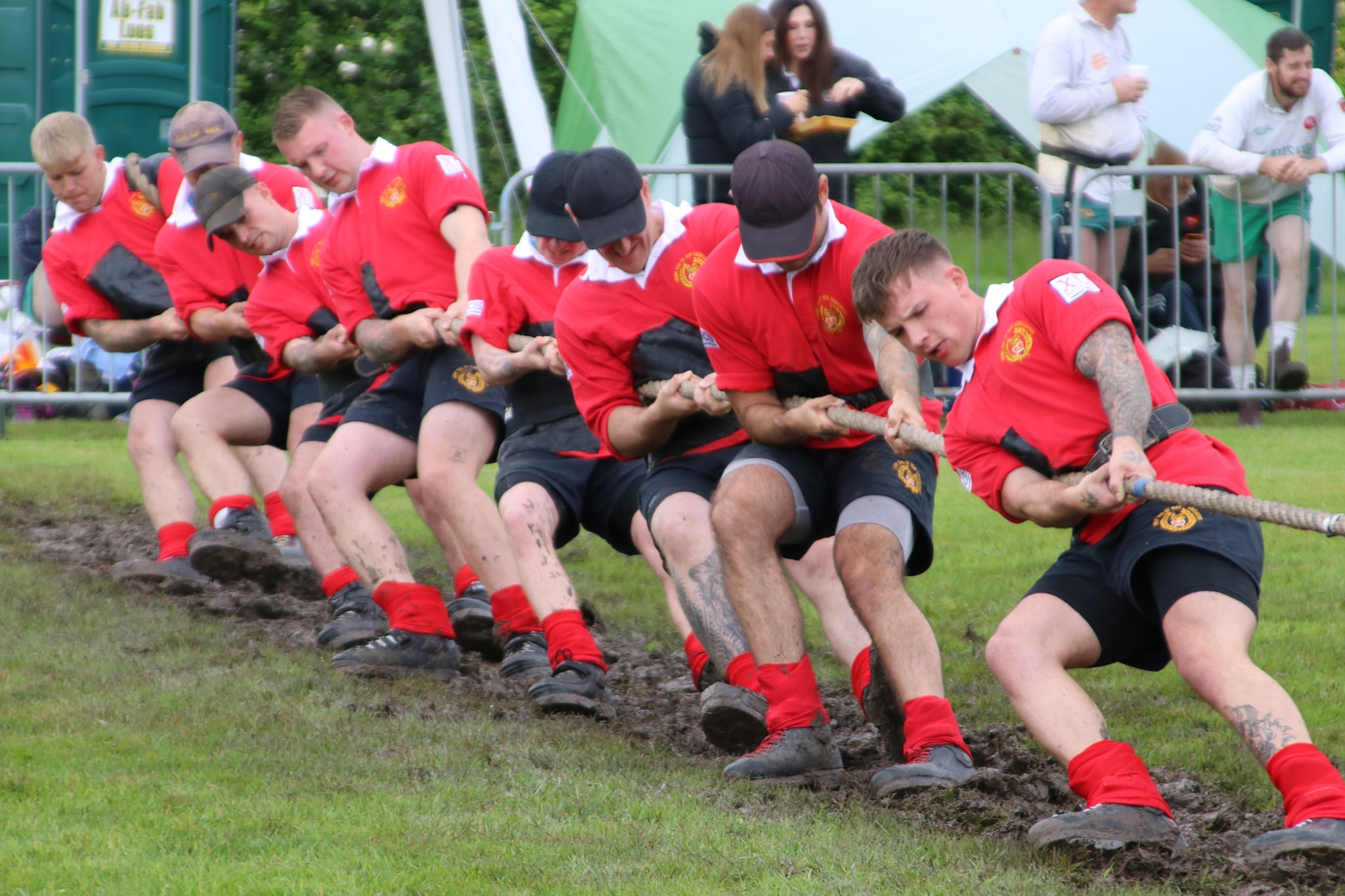 The day finished with the mixed 580kg competition split into two groups. Lincoln, Holland, Bosley, Sandhurst and Army were drawn in group 1, with Befordshire, Essex, Upper Eden and Oxney Vines Cross drawn into group 2. There is always good pulling in the mixed competition, and in the end, it was Lincoln and Sandhurst that progressed from group 1, with Upper Eden and Oxney Vines Cross progressing from group 2. In the semi finals, Lincoln defeated Oxney and Upper Eden defeated Sandhurst. The bronze medal match saw Oxney Vines cross take a 2 ends to 0 win against Sandhurst for the bronze medal. The final was a very entertaining and closely fought final between Lincoln and Upper Eden which went to three ends. Upper Eden took the first end, with Lincoln taking a very close second end. Lincoln won the toss of the coin for the choice of the third end and both teams went to battle again. Upper Eden managed to get some early momentum, but Lincoln managed to get back into the match and win the mixed competition for the second year running. 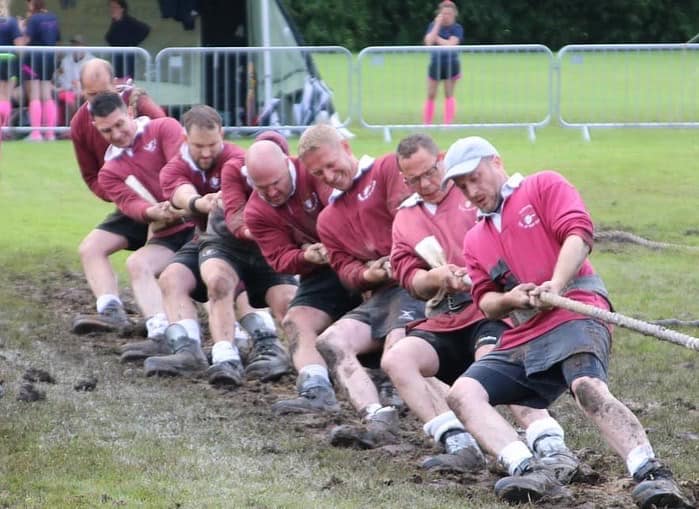 With the event finishing at 8.30am, it was certainly a long day of tug of war, and we thank all of the teams for their hard work and patience for what has been a very challenging year on multiple fronts. It was wonderful to see so many new teams and pullers take to the field and take part on the day, many coming away with a national medal for the first time. If this has inspired you to give tug of war a go or start a new team, then please get in touch with us to find out more! We want to continue to grow the sport in England into the future!

Live streaming from the event is available in two parts below.