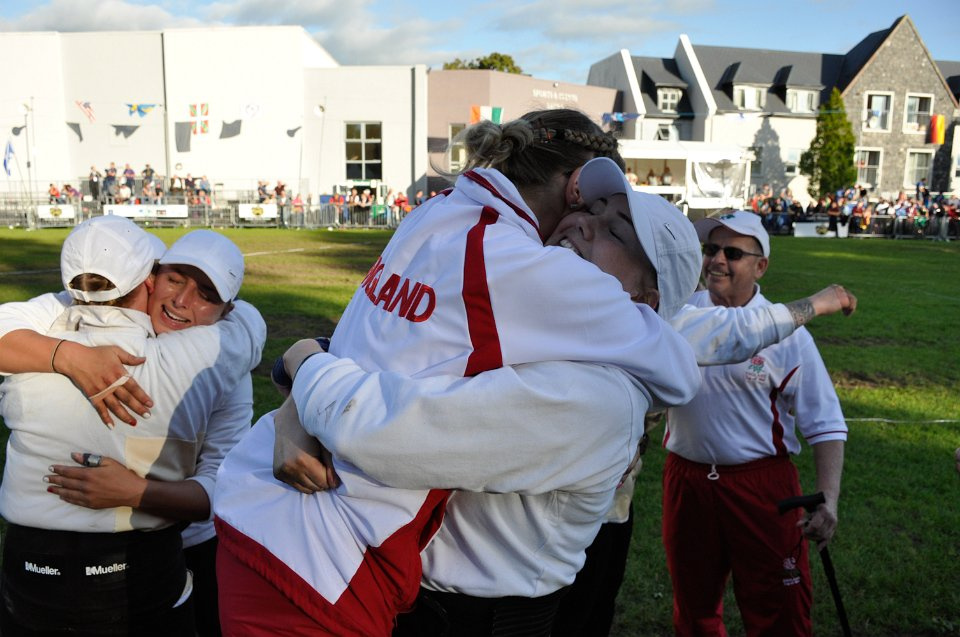 England had teams competing in both the open and closed competitions, all of whom competed with distinction, with a good haul of medals won for club and country. 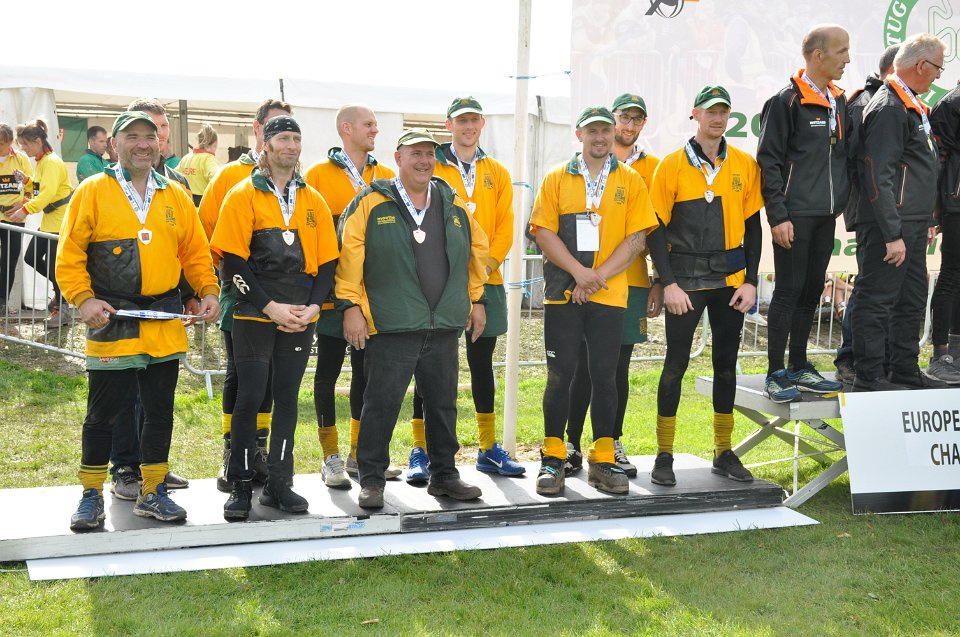 The 680kg competition and mixed 580kg competition took place in the morning. The mens 680kg competition was pulled in two large groups and Felton and Lincoln both finished in the top two in their respective groups to reach the semi-finals, meaning that English teams would be guaranteed at least one medal. In the semi finals, Felton Eccles met TTV Vallietrekkers from the Netherlands and Lincoln met TTV Heure from the Netherlands. Both Felton and Lincoln were defeated by 2 ends to 0 in their respective semi finals, meaning that both would meet each other to compete for the bronze. In a keenly contested match, Lincoln won the bronze medal by 2 ends to 0 with Felton finishing in fourth place - good results in a tough competition. The final was won by TTV Heure. 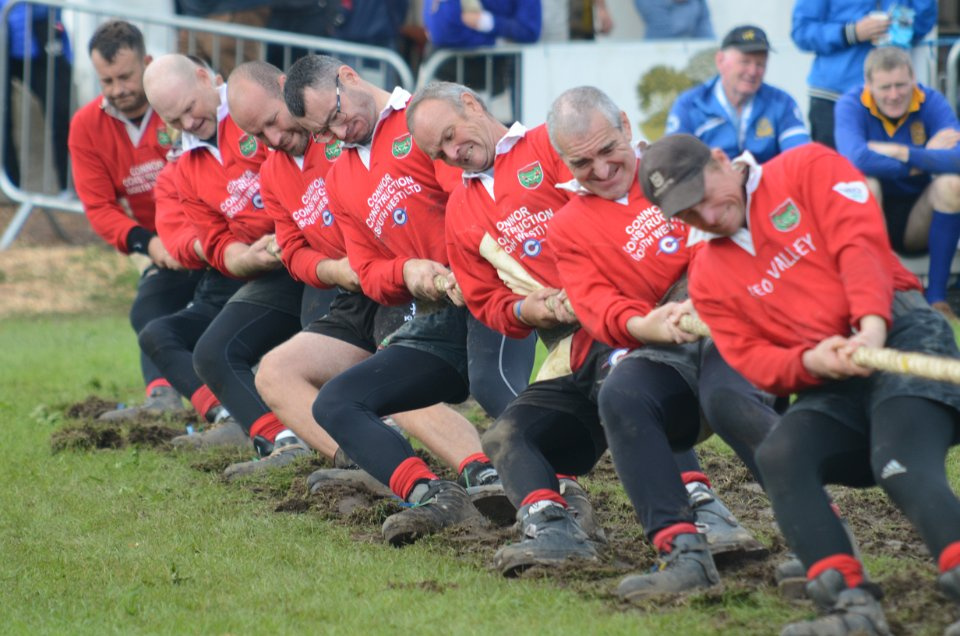 In the mixed 580kg competition, Haldon and Holland gave good accounts of themselves, however neither team won enough ends to progress from the group stage to the semi finals. This event was won by Stans-Oberdorf from Switzerland.

In the mens 560kg competition, there were many well respective clubs that took to the field and it was certainly a keenly contested weight class. Oxney Vines Cross competed well to finish in the middle of their group so didn’t make it through to the semi finals. The eventual gold medallists were Sins from Switzerland who defeated Cornhill from Scotland by 2 ends to 0 in the final. The bronze medal was won by G&B from Ireland who defeated Mosnang from Switzerland. 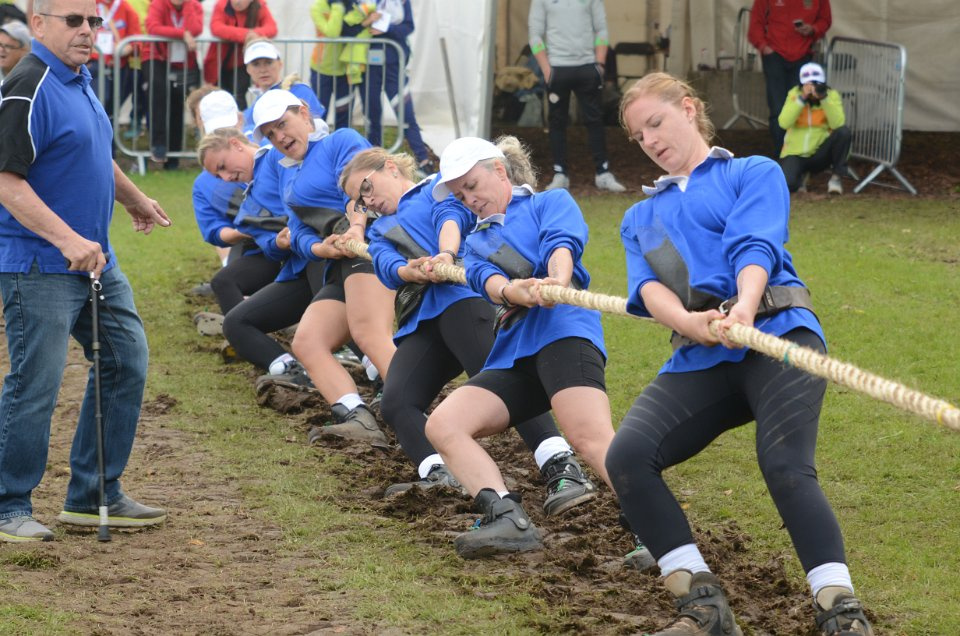 The ladies 520kg competition saw Bedford Ladies and Haldon Ladies take part. This was a keenly contested weight class which saw both teams compete well and out of the two English teams, Bedford Ladies performed the best to reach the semi finals in third place in the group, progressing along with Ayrshire from Scotland, Jingmei from Chinese Taipei and Gaztedi from the Basque Country. In the semi finals, Bedford were defeated by Jingmei so went into the bronze medal match where they were up against Gaztedi. Bedford pulled strongly to defeat the Basque team by 2 ends to 0 to win a well deserved gold medal. The final was won by Ayrshire who defeated Jingmei by 2 ends to 0 in the final. 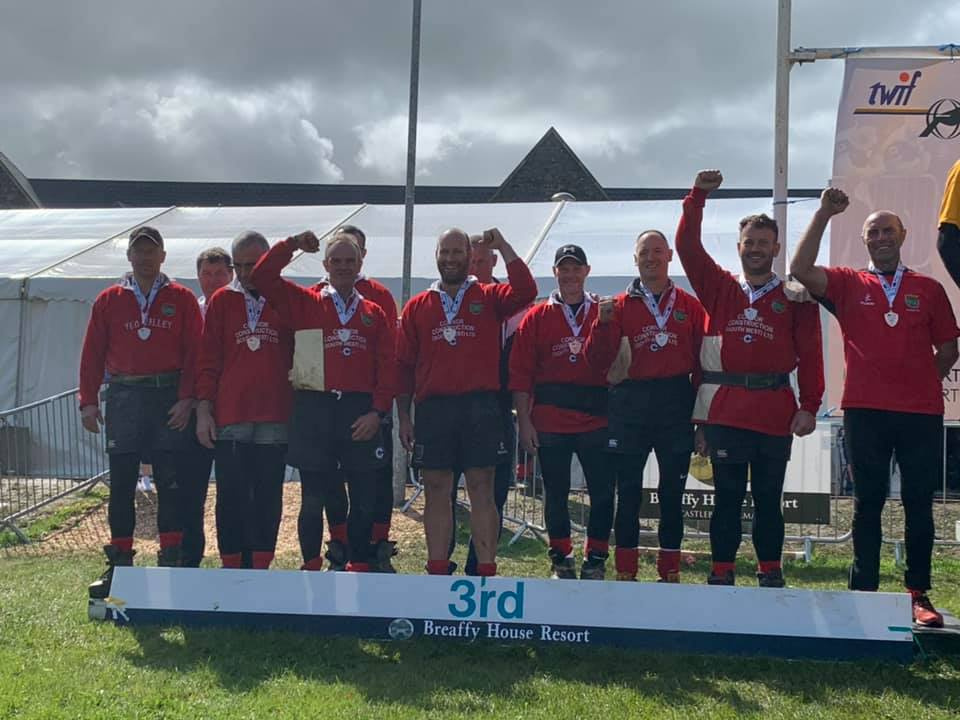 The second day of open competition started with the mens 720kg competition in the morning, with Lincoln and Felton Eccles taking part. This competition was split into two groups with the top two teams from each group progressing to the semi finals. Lincoln were drawn in group 1 and progressed from the group in first place ahead of TTV Koapman from the Netherlands. In group 2, Felton Eccles progressed in second place behind TTV Valleitrekkers, also of the Netherlands. 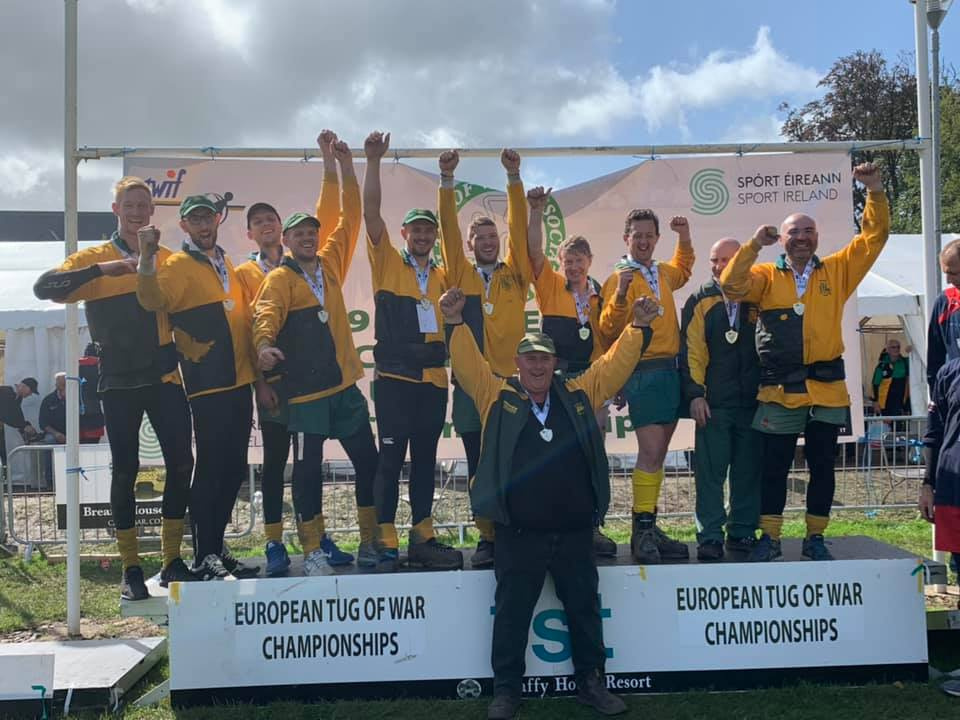 In the semi-finals, Lincoln and Felton met each other, meaning that English Clubs were guaranteed at least a silver medal. The semi-final saw Lincoln defeat Felton Eccles to progress to the final to meet TTV Valleitrekkers. The bronze medal match saw Felton Eccles take on TTV Koapman in a good three end battle which Felton won by 2 ends to 1 to take the bronze medal. The final also gave us another three end match between Lincoln and Valleitrekkers which saw Lincoln take a great gold medal, and their third club gold medal at 720kg at the European Championships out of the previous four European Championships after winning this event previously in 2013 and 2015. 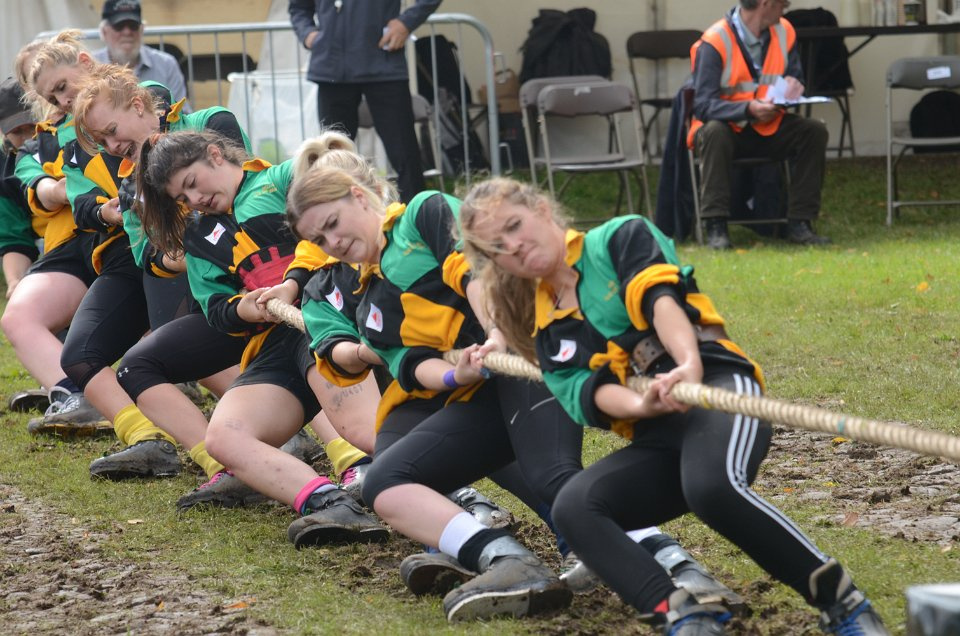 In the afternoon, Bedford Ladies and Holland Ladies took part in the ladies 560kg competition. This competition was run as a straight group, and both teams gave a good account of themselves. As per the previous day of competition, Bedford Ladies progressed to the semi-finals along with Jingmei from Chinese Taipei, Gaztedi from the Basque County and Gelderswoude from the Netherlands. In the semi-finals, Bedford were defeated by Jingemei and went into the bronze medal match against Gelderswoude from the Netherlands. The bronze medal match was a good three end battle, which Bedford Ladies went on to win 2-1 to secure their second bronze medal of the championship. 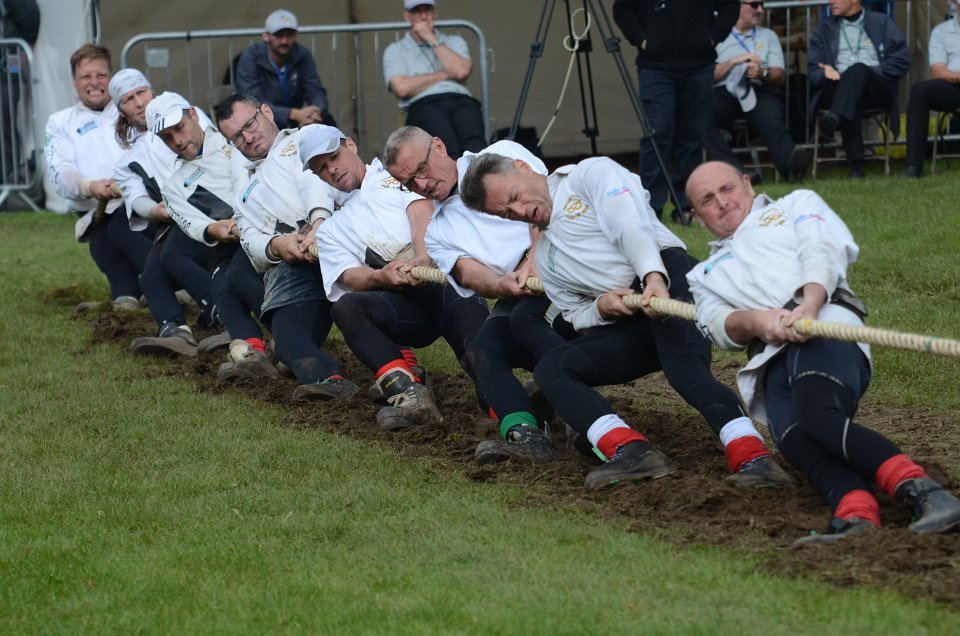 The mens 640kg competition saw Norton take part, and this event was split into four groups. Despite dropping a couple of ends in the group stage, Norton were unbeaten and progressed to the quarter finals top of their group ahead of Lagerweij from the Netherlands. Norton then progressed to the semi finals where they faced Engelberg from Switzerland, winners of numerous gold medals in this weight category. After two ends lasting almost 5 minutes each, Engleberg progressed to the final and Norton went into the bronze medal match against TTV Lagerweij of the Netherlands. These two teams previously met in the group stage, with the match finishing 1-1 which made for an interesting bronze medal match. Norton took the first end after 10 minutes and 13 seconds of pulling, then took 4 minutes and 39 seconds to win the second end and the bronze medal - almost 15 minutes of pulling over two ends to win the bronze in addition to all of the previous pulling - a hard and well deserved bronze medal. In the final, Engelberg won the gold medal after defeating Goiherri from the Basque Country by 2 ends to 0. 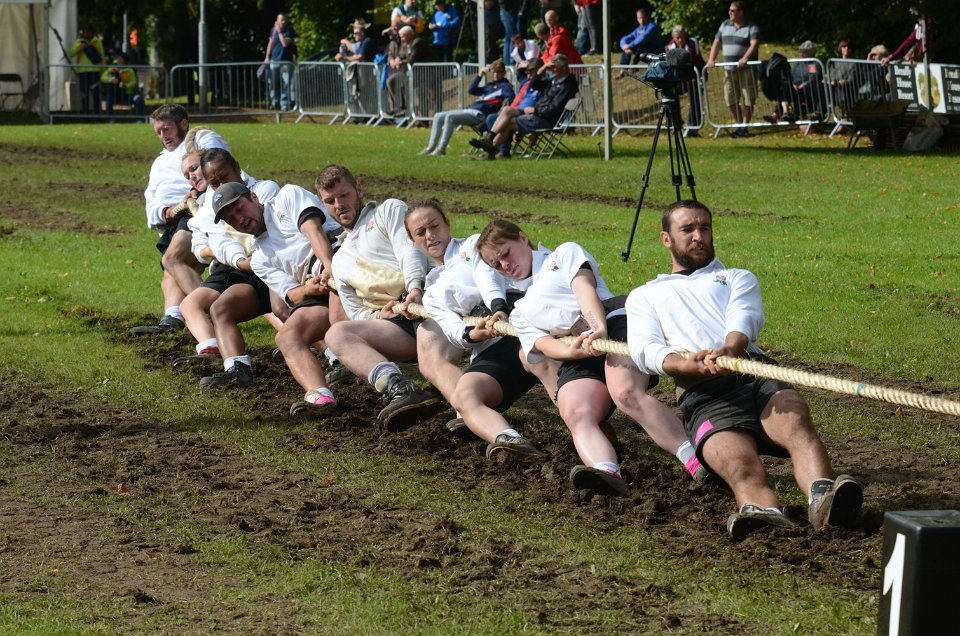 In the mixed competition England started with a 1-1 draw with Belgium, and had a number of other 1-1 pulls with the Basque Country, Germany and Ireland and a 2 ends to 0 win over Israel. As a result, England didn’t achieve enough points to progress to the semi finals, but it was a great experience for Haldon who were representing England at the European Championships for the first time. The gold medal was won by Switzerland, with Netherlands winning Silver and Sweden the bronze. 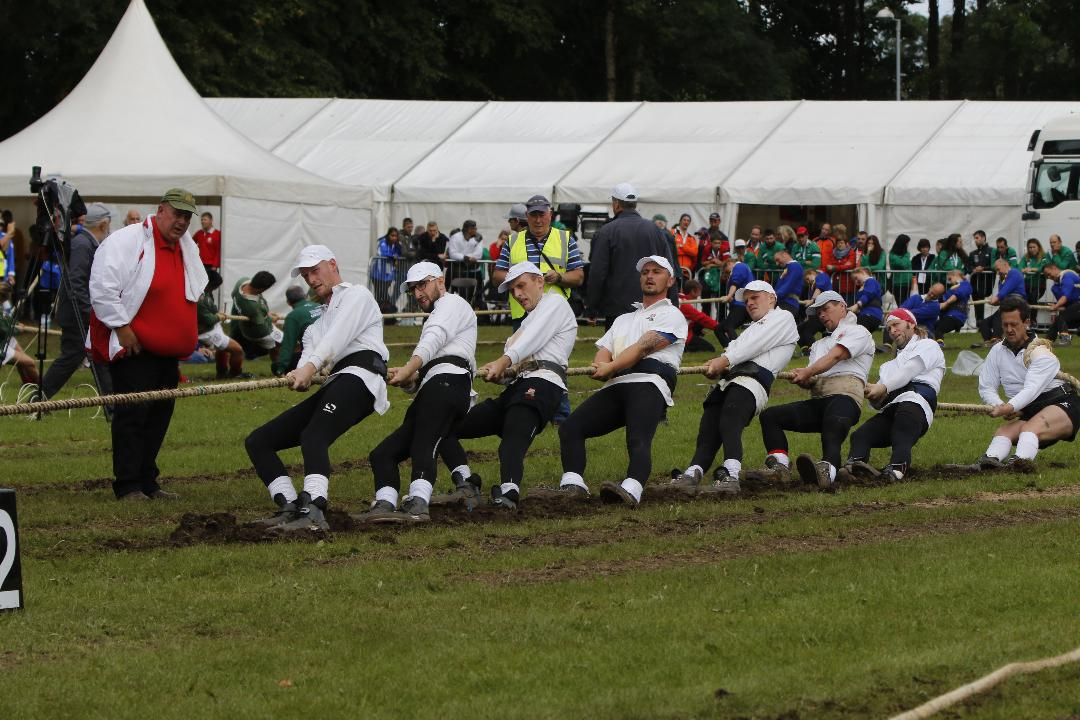 England did, however, fair better in the mens 680kg competition. England started with a good 2 ends to 0 win over host nation Ireland, and progressed well through the group, dropping 1 end to Germany, 1 end to Switzerland and 2 ends to the Netherlands to finish third in the group overall to progress to the semi-finals along with Netherlands, Germany and Switzerland. In the semi-finals, England met Germany and went on to win by 2 ends to 0 to reach the final, the first end lasting 9 minutes and the second end just 45 seconds. In the second semi-final, the Netherlands defeated Switzerland. England put up a good fight with the Netherlands, but it was the defending champions that went on to win the gold medal by 2 ends to 0. The bronze medal was won by Switzerland. This capped off a good championships for England representatives Lincoln over three days of tug of war, taking gold, silver and bronze medals over the open and closed events. 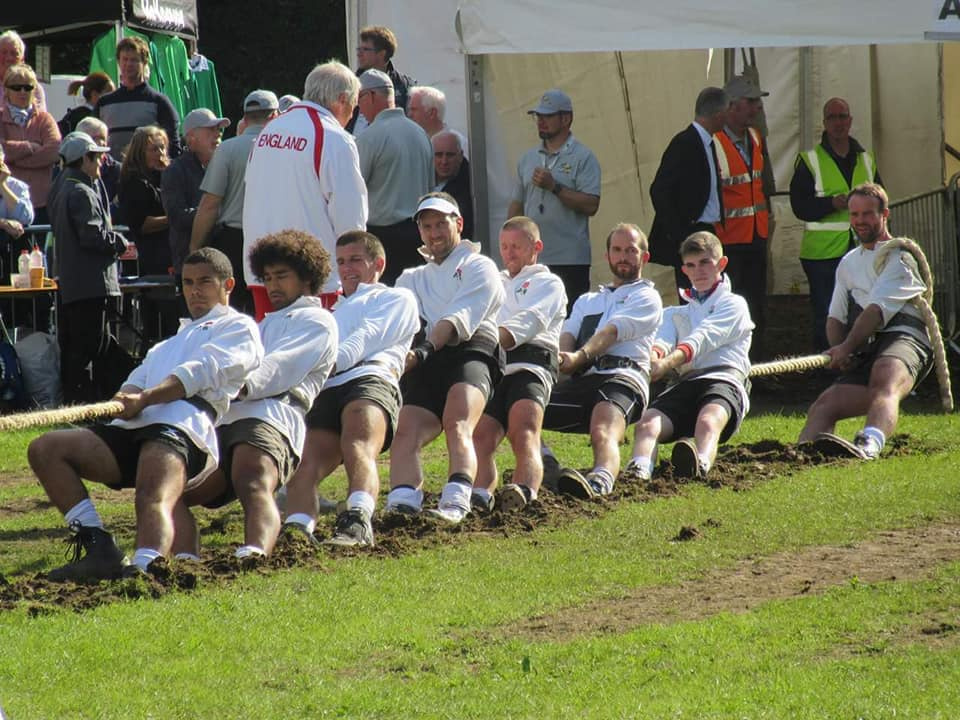 The mens 560kg is a very tough weight class to win, with a number of great teams taking part. England started off with a defeat to 2018 World Champions Germany, then defeated Belgium and Wales, before drawing 1-1 with the Netherlands. England were then defeated 2 ends to 0 by 2015 European Champions Northern Ireland and went 1-1 with Scotland before losing their final three matches. No team went through this competition without dropping any ends and in the end, England finished in 8th place. The gold medal was eventually won by Germany, with Switzerland winning silver and Basque Country taking the bronze.

In the ladies 520kg, England started off with a win against Germany, then defeated the Basque Country. England progressed through the group stages with other wins, but were defeated by Netherlands, Switzerland and Scotland. England progressed to the semi-finals in fourth place overall along with Switzerland, Netherlands and Scotland. In the semi-finals England were defeated by Scotland so went into the bronze medal pull against the Netherlands. This was a closely fought match which went to three ends, with England taking the bronze medal. Over the three days of open and closed competition, this was the third bronze medal won by England’s representatives Bedford Ladies. The gold medal was won by Switzerland who defeated Scotland by 2 ends to 1. 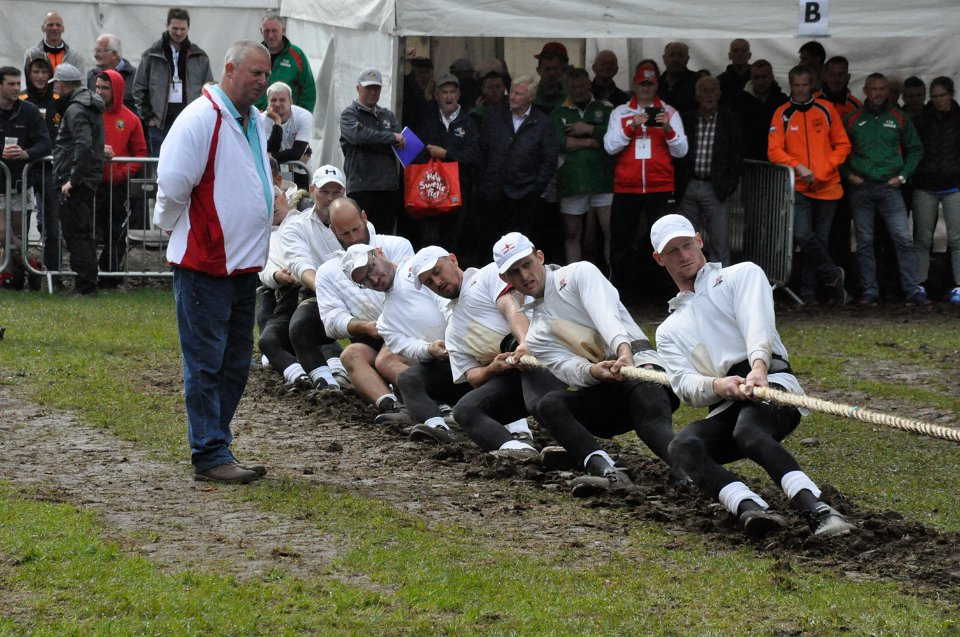 The Sunday morning competitions saw Felton Eccles represent England in the mens 720kg competition. England started off with a good win against Ireland, then defeated the Czech Republic before going 1-1 with defending champions the Netherlands. England continued through the rest of the competition unbeaten to progress to the semi finals joint top of the group with the Netherlands. The other two teams to progress were Ireland and Germany. In the semi finals, England defeated Ireland by 2 ends to 0 to progress to the final against the Netherlands. England gave the defending champions a good match, but it was the Netherlands who went on to take gold by 2 ends to 0. Still, a great Silver Medal for England’s representatives Felton Eccles. Germany won the bronze medal.

The afternoon sessions saw the mens 640kg and ladies 560kg competitions take place. England were represented by Norton in the 640kg and Haldon in the ladies 560kg. 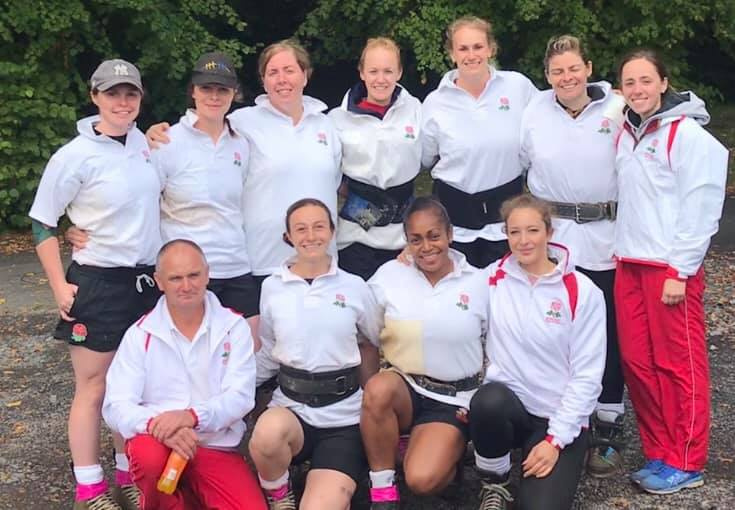 In the ladies 560kg competition, England started with a good win over the Basque Country and also defeated Germany and Ireland. England’s final deciding match was against Sweden, with a win needed to get England into the top four. England were vying with Sweden for the final place in the semi finals, and this match went 1-1. After the points were tallied, it was Sweden who progressed to the semi-finals by 1 point having taken one more during the group stage. Still, it was a creditable performance for Haldon Ladies who were representing England at a European Championships for the first time. The gold medal was won by Switzerland, with Netherlands taking silver and Sweden the bronze. 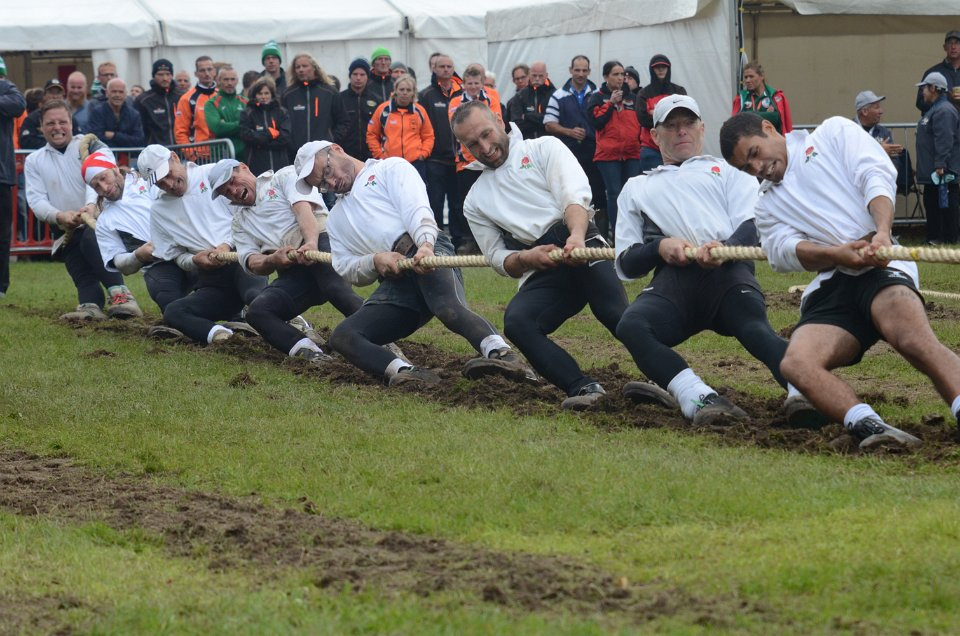 The mens 640kg competition was split into two groups. England were drawn in group 2 along with Latvia, Netherlands, Scotland, Basque Country and France. England had a tough start going 1-1 in their first match and then losing out by 2 ends to 0 against the Netherlands. At the end of the group, England finished joint second with Scotland, but progressed to the semi-finals when the TWIF criteria was applied. England then had the opportunity to put the tough group pulling behind them in the semi-finals where they met the defending champions Switzerland - and what a pull it was. Switzerland took the first end, but the second end then resulted in 14 minutes and 36 seconds of pulling after the judge declared a no pull for infringements by both teams, and England then won the re-start. The third end then gave us another 7 minutes of pulling. Again, a no pull was declared after both teams received 3 cautions each. The pull was then moved onto fresh ground and there was no mistake from England as they drove hard to take Switzerland over the line and make it through to the final after 30 tough minutes of tug of war!

In the final, England met the Netherlands who had already defeated England in the group stage. England put in another good shift in the final, but in the end, the Dutch had a little too much in the end and they took the gold medal by 2 ends to 0. A silver medal was still a great achievement after such a gruelling semi-final.

At the end of the championship, English teams can look back on a successful event - a gold and 5 bronze medals won in the open competition and 3 silver medals and a bronze medal in the closed competition. Well done to all of our competitors for club and country. We are not the largest association in TWIF, but these results are a good reflection of the dedication and hard work put in by all of the pullers, coaches and supporters to get the teams to an international competition and compete to the best of their ability. The Tug of War Association are always looking to get more people involved in tug of war, so if you want to join a team, or start a new tug of war team or get into coaching, then please get in touch with us!